The most typical question I get from new arrivals in Italy isn’t “Where can I exchange money?” or “How do I get to the nearest gelato place?” but “What’s that thing next to the toilet in my bathroom? Do Italians really wash their ‘you know what’ in it?” To help demystify this mysterious contraption lurking in an Italian bagno near you, here’s a list of answers to 10 common bidet questions: 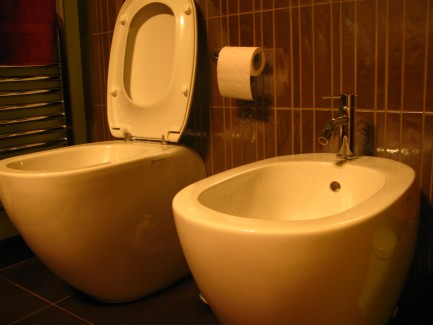 The thing next to your toilet in Italy is a bidet

In English: (Bih-DAY) – rhymes with “okay,” hence the wildly clever title of this article. In Italian: (Bee-DEH)

2. What is the main purpose of a bidet?

To clean yourself after going to the bathroom. In Italy, they’re used in addition to, and not in place of, toilet paper.

3. Do bidets have other uses?

Yes. They’re also used for washing after intercourse and, for us fortunate females, sprucing up during “that time of the month.” And, because of their low height, they’re great for shaving your legs or washing your feet. (Walk around a historic Italian city in sandals all day, and you’ll understand the necessity of that last one).

4. Where will I find bidets?

Bidets are common in Southern Europe, and parts of Asia and South America. In Italy, you’ll see bidets in almost every hotel room and private bathroom. Due to their somewhat intimate nature, they aren’t common in public places. 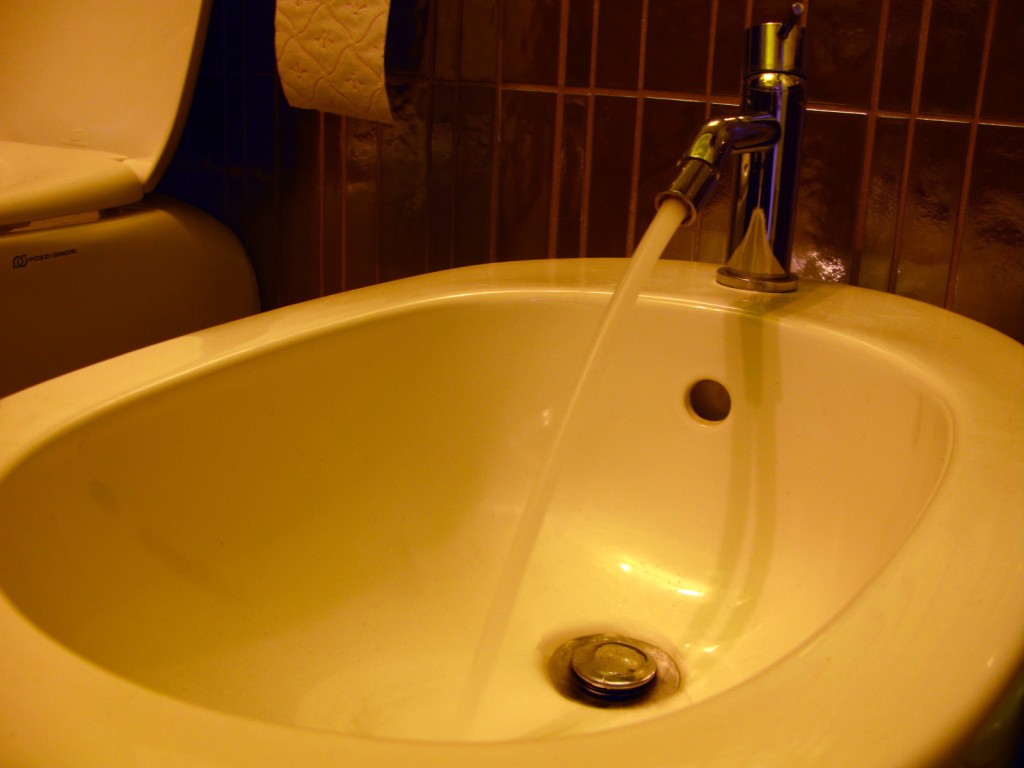 The bidet in action

5. Are there different types of bidets?

Yes. The average bidet in Italy looks and works just like a sink, with an adjustable faucet nozzle that allows you to control the angle of the water stream. Others spray water upwards, like a geyser, from a jet in the bottom of the basin. Some are built right into the toilet, with a little lever nearby to start the water stream. And the kind I avoid is filled with water flowing from the sides of the bowl, which is then splashed onto whatever part you’re washing or even used to “dunk” a little of yourself inside. Although not unlike taking a bath, I believe in full immersion for languages, not bidets.

Other than maybe that last kind, yes, bidets are extremely sanitary. To put it one way: if a pigeon pooped on your head, would you just wipe it off with a paper towel, or use soap and water?

…the latter all the way, right?

Bidets are basically used to keep yourself extra clean, and they even prevent infections. I promise that, after trying one, you’ll look back on your previous bathroom rituals with mild displeasure. But if you’re still cringing at the thought of sharing a bidet with other people you’re living or vacationing with, let me just remind you that you’re all probably using the same toilet and shower (which isn’t much different).

Depending on which side of you needs attention, either facing away from the controls, like you sit on a toilet, or toward them, like you mount a horse (“bidet” is antiquated French word for “pony”). Giddy up!

8. Do you control the water temperature and pressure?

Usually. In most cases, the bidet will have three knobs: one on the left for hot water, one in the middle for water pressure, and one on the right for cold water. Tip: Be careful in Italy because “c” stands for “calda” (hot), and not the English word, “cold.” Other bidets have a single central control that regulates temperature (side to side) and pressure (up and down). Bidets built into toilets, on the other hand, sometimes have only one lever that turns the stream off and on. In this case you have some control over the pressure, but the temperature is left up to mother nature. 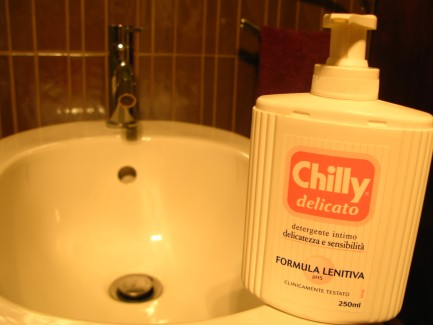 Pretend you’re taking a localized shower: 1) get yourself wet 2) lather up using soap and your hand 3) rinse off. In Italy, you can purchase detergente intimo (intimate cleanser) at most grocery stores and pharmacies. It’s milder than regular soap and pH5 balanced, to preserve your skin’s natural defenses. One of the most popular Italian brands is Chilly, which like its name promises, will leave you feeling pleasantly refreshed.

If you’re at a hotel or in your own bathroom, with your personal, hand-sized towel hanging next to the bidet. If you’re at a friend’s house, with toilet paper. Which brings me to my last point: when in a bathroom in Italy, looking for something to dry your hands or face, don’t reach for the towel near the bidet.

Have you ever said okay to a bidet? Would you try one now?

Related text  How to program xfinity remote to tv

…and if you rent a student apartment in Florence, make sure it’s one of ours!

5 reason Why American Don’t Own a Bidet

Related text  How to get rid of dark spots

The Japanese toilet company TOTO invented a combination toilet/bidet called a Washlet in 1980. It is essentially a toilet that sprays water for cleansing. It quickly became popular in Japan. Today the majority of homes in Japan have these toilets and they have more features then ever. Some of these features include sensors that automatically raise and lower the toilet seat, pressure settings, temperature settings, and an air drier. Washlet style bidet seats give you all the benefits of a bidet without taking up additional space or needing new plumbing. You simply need an electrical outlet near the toilet and the seat has a water outlet that you’ll connect with your water supply. You can do it yourself or have a plumber hook it up quickly and cheaply. In addition to TOTO, Kohler also makes a bidet seat.

Benefits of the Bidet

How to Use a Bidet – Washlet Style Bidet

How to use a Bidet – Traditional Bidet (Separate Fixture)

Related text  How to remove a tick from a dog

The answer to why Americans don’t own bidets can be summed up in two reasons: history and unfamiliarity. Most Americans who have had the opportunity to use bidets or Washlets abroad enjoy the experience of being freshly clean after each trip to the bathroom. New washlet style bidet seats are a convenient way to have the benefits of a bidet without installing a completely new fixture in your home.

More about bathrooms and toilets:

Anyway, I hope you got a good laugh out of my embarrassing story.  Mostly, I hope that you will learn from my story so that the next time you travel abroad and find yourself staring at a bidet, whether you use it or not, you will remember me wiping my face with the wrong towel and remember my bidet advice:

About the special soap, Italians have the private parts soap down to a science.  Check back next week on my post about the most publicized one: Chilly! Their slogan goes, “nel mio intimo, c’è Chilly” – There’s Chilly in my underwear.