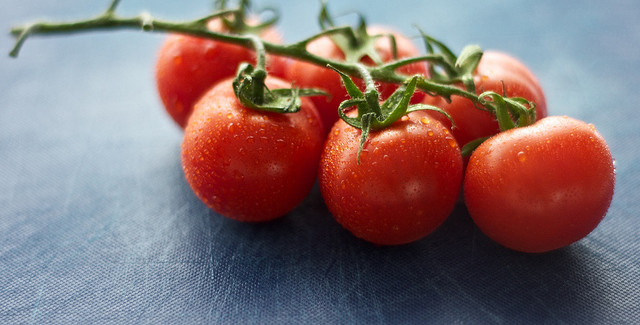 Watch for chilling injury. Most fruits (oranges, lemons, etc.) and vegetables (tomatoes, peppers, eggplants, cucumbers, watermelons, etc.) of tropical and subtropical origin may be damaged by cool temperatures and develop a condition called chilling injury. Chilling injury results from prolonged exposure to low but not freezing temperatures. Symptoms of chilling injury include dark circular pits on the surface, shriveling, internal darkening, loss of the ability to ripen and the development of off-flavor and poor texture.

Each fruit and vegetable has its own shelf-life. Depending on the fruit or vegetable, the shelf life can differ from a few days after it is harvested to one or two weeks (months for many winter squashes, Irish potatoes, pears, apples and root crops) depending on how the produce is treated after it is harvested. If this is produce that you purchased from a supermarket or farmers market, you might not be able to do much to extend its shelf-life unless you know when it was picked and how it has been stored.

Proper berry storage will help achieve a maximum post-harvest life. In the case of strawberries, blueberries and other berries, generally any wetting or direct contact with water is detrimental and will shorten their shelf-life. You should never place any of these into your sink to soak them. Before you store them, be sure that they are clean but do not wash them until you are ready to use them. Strawberries, blackberries, blueberries, and raspberries are natives of temperate climate and can be stored in your refrigerator. In fact, they should be stored as close to 32°F as possible to maintain their shelf-life. When stored properly, strawberries have a shelf-life of a week, blueberries can last up to two weeks, and blackberries and raspberries will last two to four days.

Related text  How to build a fort

If you cool the produce from your garden correctly, then you will extend its shelf-life. As an example, if you are going to cool and sanitize your tomatoes you will need to do more than simply run the fruit under cold tap water. In fact, that is the worst thing you can do. You will need to dip or soak your tomatoes in water that is the temperature of the tomatoes that you just picked. So if it is 85°F outside, the internal temperature of your fruit will be about 85°F. When preparing your cleaning solution, the water must be at the same temperature as the tomato. We realize that this seems odd, but if the water is cooler than the fruit the drastic change in temperature will cause the tomato to actually draw in or suck in through its pores water that surrounds it. It is a great way to get microorganisms into your tomatoes that will ultimately cause a fruit rot. After you clean and sanitize your tomatoes, place them in a cool area somewhere around 55°F.

“Fresh Tomatoes” by Jens Cramer is licensed under CC BY-NC-ND.

Why you shouldn’t store them in the refrigerator

Despite what you used to think about storing tomatoes, they should be kept out of the fridge! A study from the French National Institute for Agricultural Research, published on US National Library of Medicine National Institutes of Health, proved that refrigeration stops the production of new aromas and deteriorates the existing ones.

The research was conducted in 2013 and studied the impact of domestic storage conditions on volatile compounds. The researchers used two storage options (68 degrees F/20 degrees C and 39 degrees F/4 degrees C) and two cultivars. After 30 days at 39 degrees F/4 degrees C, the concentration of volatiles had decreased by 66 percent. Meanwhile, when tomatoes were kept at 68 degrees F/20 degrees C, they not only maintained existing volatiles, they actually continued to produce more.

Furthermore, keeping a tomato below 50 degrees F/10 degrees C makes it soft, spongy, and flavorless. In other words, storing tomatoes at fridge temperature, even for short time frames, was detrimental to their aroma. 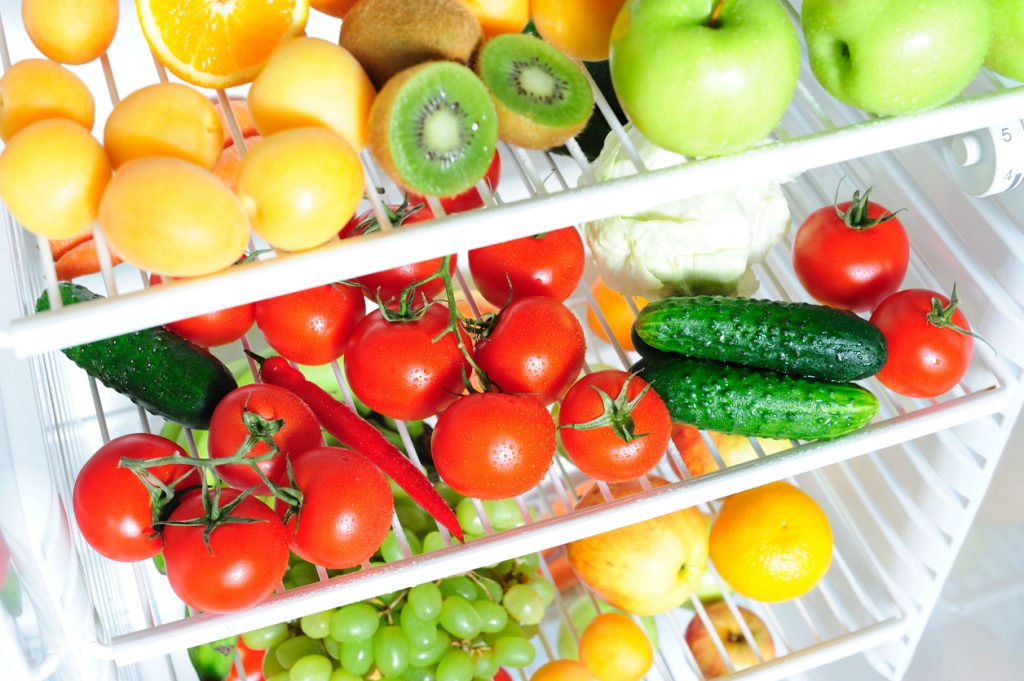 Tomatoes should be kept out of the fridge to keep their flavor.

How To Store Tomatoes

Keep your Tomatoes on your kitchen counter, uncovered and away from direct sunlight. This will allow them to continue to ripen and develop their flavor. Tomatoes will last between 3-4 days stored on a countertop.

Should you store Tomatoes in the refrigerator?

You should only keep Tomatoes in your fridge once they have fully ripened. This will help extend their life—ripened Tomatoes will usually last between 5 and 7 days in the fridge.

Storing unripe Tomatoes in the fridge actually stops the ripening process, leading to a less vibrant flavor and a dry, mealy texture.

Keep in mind that storing even ripened Tomatoes in the fridge will affect the flavor, so it’s best to keep them out of the refrigerator and enjoy them while they’re fresh!

How to store cut Tomatoes

To reduce bacteria and spoilage, after Tomatoes have been cut they should be stored in the refrigerator. To keep them fresh, store them cut-side down on a paper towel in a storage container. Cut Tomatoes will only last a couple days in your fridge, so make sure you use them up!

Related text  How to do origami

How To Store Cucumbers

Unlike Tomatoes, Cucumbers should go straight into the refrigerator crisper drawer to keep them fresh and crisp. Cucumbers will last between 5 days and 1 week in the fridge as long as excess water and humidity is kept to a minimum, compared to just a day or two on the counter.

To help keep Cucumbers fresh longer, make sure they’re dry before you store them: excess water can lead to a spoilt Cucumber. Wrapping them in a paper towel and a loose plastic bag will help keep condensation and humidity at bay when you store them, preventing sogginess and deterioration.

How to store cut Cucumbers

If you use half of a Cucumber, cover the cut end with a piece of plastic wrap and loosely wrap it in paper towel and a loose plastic bag (keep it open at the top to encourage airflow!). This will help keep your Cucumbers dry as well as protecting them from ethylene gas produced by other fruits and veggies in your fridge.

How To Store Bell Peppers

Just like Cucumbers, make sure your Bell Peppers are dry before you pop them into the crisper drawer. A wet Bell Pepper will quickly become soft, slimy, and moldy—not something you want to snack on!

How to store cut Bell Peppers

Partially-eaten peppers will last longer by storing them in a sealed container with the seeds and stems still attached. For cut Bell Peppers, store them in a sealed container or plastic bag with a paper towel to absorb excess moisture. Keep them in your crisper drawer—just don’t forget about them! Cut Bell Peppers will last 2-3 days in the refrigerator.

Check out our graphic below to learn how to store your veggies so they stay fresher longer! Embed this on your site