If you want to learn to speak Spanish, you’ve come to the right place.

A Little Spanish Goes a Long Way in South America

So if you are wondering, “Should I learn Spanish before travelling in South America?” – the answer is yes.

I would recommend at least learning a very simple vocabulary, preferably one related to numbers, food, accommodation and the basics. In comparison to other countries where English was enough to get around, I have found that isn’t the case in South America. Depending on where you are, you might encounter hotel and restaurant staff who speak English – but a lot of the time you will not.

I can guarantee you that you will encounter people with little to no English – so you will want to be able to at least make your basic needs understood to them.

However, you don’t need to be completely fluent before you travel to South America! By all means, do not postpone or cancel your South America trip just because you can’t hold a conversation in Spanish. It’s not necessary to be an expert before you go, all you need is a base to start with and you will be surprised by how much you will pick up as you go along. 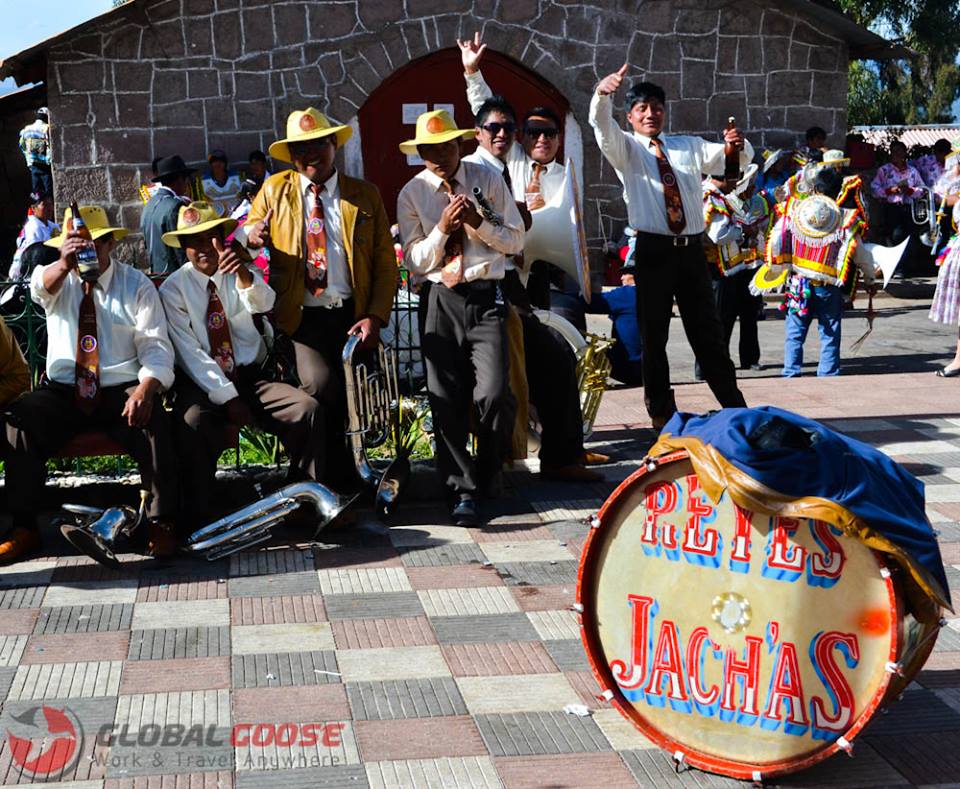 Musicians at the Fiesta de Virgen de Candelaria in Peru

What Are the First Things to Learn?

So if you only have a short time before your trip backpacking around South America, what should you focus on learning in Spanish before you go? Here are some of the most important things I have found to serve me well in my first few months here:

Politeness goes a long way. Above all, the first words that you should learn in any language are Hello, Thank You, Please, and I’m Sorry. In Spanish they are Hola, Gracias, Por Favor and Lo Siento. Also, say “Perdón” if you bump into someone or need to squeeze past them.

One of the first things to learn are your numbers, because you will need to be able to ask ¿Cuánto es? (How much?) and understand the reply. This is important when asking the price of hotel rooms, souvenirs in the market, or anything else you want to buy.

In many restaurants we have been in so far in Peru and Bolivia, there hasn’t always been an English version of the menu. It is helpful to have a basic vocabulary of food and drink words so that you know what you are ordering and can ask for it in Spanish.

Along with speaking to waiters about food, your other most common interaction with locals when travelling in South America will be with the receptionist at your hotel or hostel. You should know some helpful phrases, such as:

Do you have a room for two people? – ¿Tiene una habitación para dos personas?

How much per night? – ¿Cuánto por noche?

Answering Where You Are From

In my experiences so far, one of the most common questions that people ask me is where I am from. People are friendly and curious about foreigners, so they will naturally want to know which country you hail from.

Related text  How to make a sock bun

When they ask you the question, they will either say “¿De dónde eres?” (where are you from?) or “¿Qué país es usted?” (what country are you from?)

Since I am from Canada, I answer either “Soy canadiense” (I am Canadian) or “Yo soy de Canadá” (I am from Canada). Find your nationality on this list to figure out what you would say.

Explaining That You Don’t Speak Much Spanish

I have often asked a simple question in Spanish, only to receive a complex response spoken in rapid fire which leaves me completely bewildered. It is important to be able to explain to people that you have a very very basic command of the language, so they should speak to you like they would to a three year old. As soon as most people realise that you don’t speak Spanish well, they will simplify their message and use more body language – which makes it much easier to grasp what they are trying to tell you.

Some great phrases for this are: 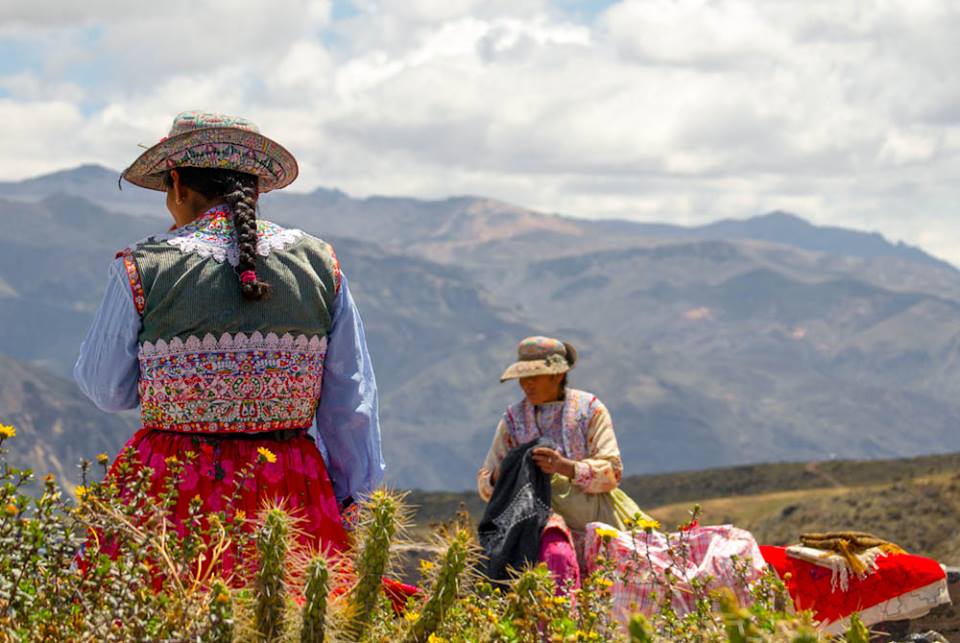 Tips For Getting By on Very Little Spanish in South America

When I first arrived in South America, I spoke very little Spanish. I had taken a few classes, but I was nowhere near fluent. How did I make up for my lack? Here are some tips to keep in mind: 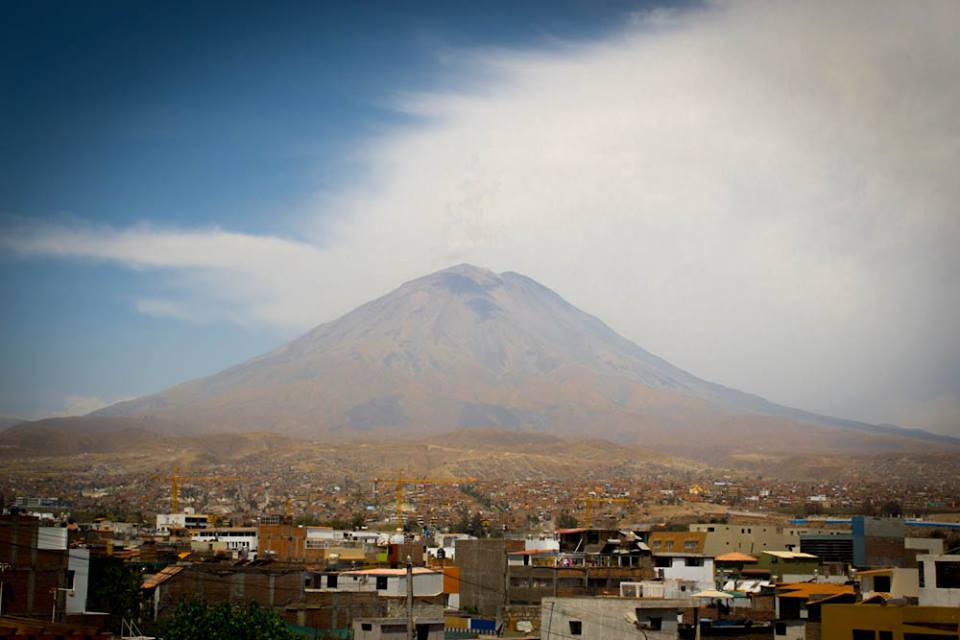 So how can you improve your Spanish before your trip to South America and during your travels? Here are a few of your choices when it comes to Spanish language learning resources:

If you have the time to take some Spanish lessons in your home country before you go on your backpacking trip around South America, this will really benefit you. Learning in a group is fun and social and having a knowledgeable teacher whom you can ask questions to is very helpful.

Also, when you arrive in South America there are many opportunities to take Spanish lessons during your travels. Most of the cities we have been to so far have had several language schools offering Spanish lessons by the hour for very affordable rates. Also, it’s a fun way to make new friends – especially when you are travelling solo. Just do a Google search for “Spanish Lessons in (City)” and you will have lots of choices.

Another great Spanish learning resource is the app Duolingo, which you can download onto your Smartphone. You will have many bored hours sitting on buses during your trip, so why not use that time to improve your Spanish? This app is really simple and fun and it involves matching words with pictures, as well as speaking and writing sentences. Here’s a review of DuoLingo from the language-learning master Benny Lewis.

This is considered to be one of the best examples of language learning software produced so far and after looking at it with Lee for the last few days, I can see why. It teaches you by immersing you in the language, without providing you context in your native language. You match up phrases with photographs, so you learn to say what you see – rather than constantly translating back and forth in your head. Here are some tips on how to use it effectively. 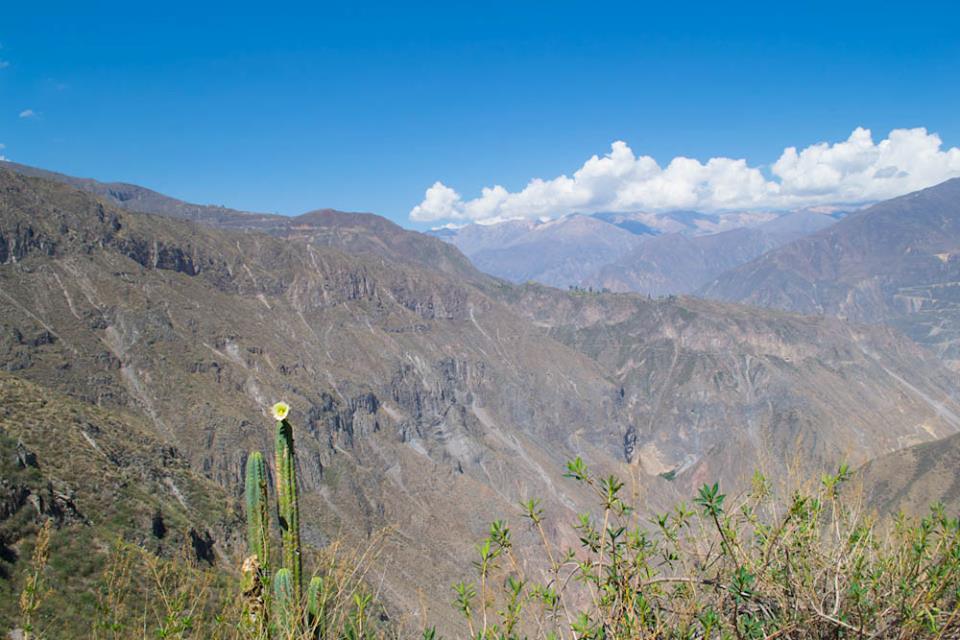 Michel Thomas is actually a pretty amazing dude. He survived being imprisoned in a Nazi concentration camp, served in the French Resistance and worked with the US Army Counter Intelligence Corps during World War II. He has developed his own method of language learning called the “Michel Thomas Method” and his educational recordings are available in not just Spanish but also French, German, Italian, Japanese, Dutch, Greek, Polish, Portuguese, Russian, Arabic, and Mandarin Chinese.

Personally, I like the Michel Thomas Method and find that it helps me to learn. He slowly introduces you to short words and phrases, starting with simple sentences and then building up to more complicated phrases. You learn the basic “building blocks” of the language first and then you must think out how to say the phrase, which really helps you to put sentences together.

Of course, another great way to learn Spanish is to download one of the many great Spanish learning podcasts available. When you are on that 8 hour bus making your way across Peru, you can listen to podcasts on your mp3 player or smartphone and make the most of that boring transit time.

Related text  How to bathe a newborn

Here is a list of the best free podcasts for learning Spanish.

One of the best ways to improve your Spanish is to practice it by talking to people! Take the time to chat with the people you see from day to day, from the lady behind the counter in the shop to your taxi driver to the other guests in your hotel. At first you will only be able to say the simplest things, but after a while you will be able to hold more complex conversations. The more you practice your Spanish by actually talking to people, the quicker you will learn.

Yes, it can sometimes be very frustrating when you just want to ask something simple and you can’t seem to get your point across to the other person. Yes, it can be lonely and isolating when everyone is chatting in Spanish and you don’t know what they are talking about. Yes, it can be difficult and time consuming to learn a language. But don’t give up – and certainly don’t cancel your trip to South America.

South America is an amazing part of the world with so many exciting attractions to explore, from the Salt Flats of Bolivia to Machu Picchu in Peru to the mountains of Patagonia. The challenge of communicating in Spanish is absolutely worth it when travelling this great continent. 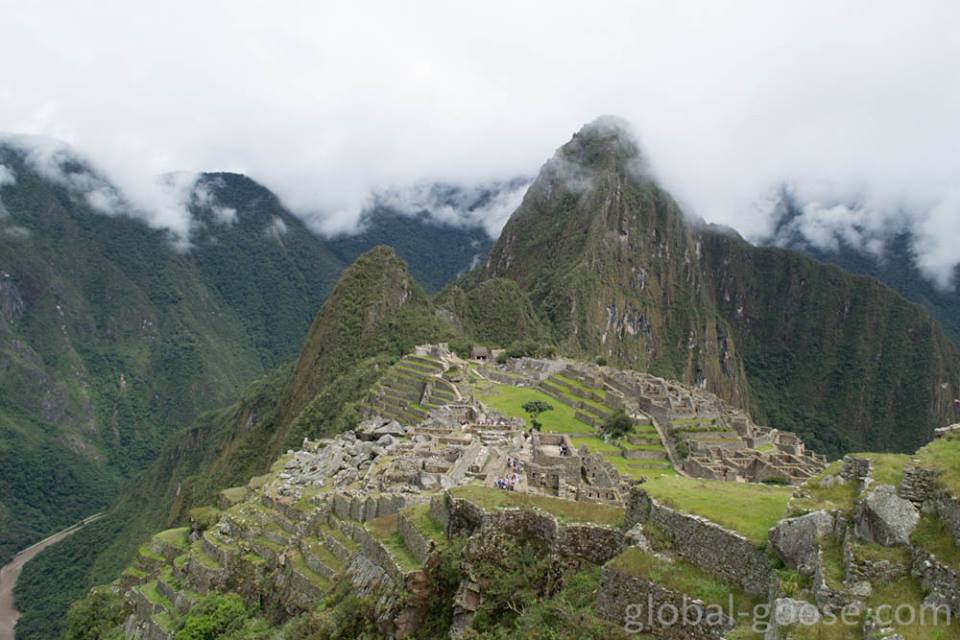 Embrace the challenge and learn the basic Spanish you need to get around – and don’t stress yourself out about it. Relax, enjoy your travels, giggle when you use the wrong word and talk to people as often as you can. Not only will you be exploring new foreign lands, you will also be learning a new skill and developing yourself outside of your comfort zone – isn’t that what travel is all about?

Have you been travelling in South America? ¿Hablas español? Let us know about your experiences in the comments.

I don’t mean to paint my classroom as rainbows and unicorns— there was/is still a range. There were still students who didn’t gush over Spanish and decided not to take Spanish 3. And in the end, our students are not passive plants. They can choose to pay attention and participate, or not.  So in the end, I STILL found some of speaking-in-the-TL systems helpful. Why?  First: I speak Spanish. And yet, with my friends who are native English speakers but also speak Spanish, we chat in Spanish. People by nature revert to what is easiest and most comfortable, so most people need accountability.  Second, there will always be classes whose departure from the TL is a character issue. Sometimes it is a discipline issue, and sometimes an issue of laziness. I keep my systems lighthearted, like a game, and celebrate their speaking like a crazy. I gush over bravery in speaking, and celebrate them.  One year, in the spring, I told a level-2 class they would get ten minutes to watch extra, at the end of the period. If they unlawfully spoke English, I’d erase a minute. If I slipped up and said anything in English, they got an extra minute. We had so much fun with this, and it worked for that last stretch of the school year when everyone was stir crazy.

My favorite post with ideas for target-language accountability is this quick one one from Sherry, at Secondary Spanish Space, and then her longer post at World Language Café.

I would love to hear your thoughts too. Let me know in comments below!