I found myself in what I describe as ‘lost in translation’. I attended school in Beverly Hills in sunny L.A. and found myself enrolled in a program called E.S.L (English Second Language). I found that in the process of learning the English language, I related differently to it, the translation was never the same. 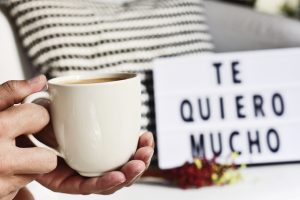 I couldn’t tell a friend ‘I love you’ in English and have it mean the same in Spanish.

You see, in Spanish we have different levels of love in which can be expressed in one word, whereas in English, love is love. In Spanish there is ‘Te Amo’, and ‘Te Quiero’ and in between there are also different levels.

I understood why I had to learn how to speak English, I was in an English speaking country after all. What I didn’t understand is why later on I enrolled in a French class rather than Spanish class. French meant more work, Spanish would have been an easy grade throughout high school, so why would I do this to myself?

I didn’t know, I was curious I suppose. After 5 years of tedious French courses, I still wondered why I took the course if I was never going to use the language – well, so I thought.

Fast forward to 10 years later I found myself in Spain on my 29th birthday on the streets of Madrid, having sangria, watching the tango, meeting locals, and exploring the streets of Chueca and thinking “God! I’m so happy that I speak Spanish” and that this was spoken throughout my household so I never forgot it.

Related text  How to make curry

A day goes by and I find myself in Paris. I flew there from Madrid, and I’m walking the streets of Paris, on my way to Lille for a French festival at night thinking “wow, who would have thought? My French is handy after all”. I spent 5 days in Spain and 5 days in France, and then flew to my now home away from home which is London – I got off the plane and switched to speaking English. I began to understand how useful languages are. But not only for the mere factor of allowing me to travel and connect with people, but also to better understand myself. I use these different languages not only when I travel, but also now when I’m on the tube I hear people speak and it makes sense, and when it doesn’t, it makes me want to learn more.

Speaking different languages has taught me that I will always revert back to my mother tongue when I write poetry, and when I want to express my deepest feelings. I feel that I also speak cultures and find myself lost between British and American English. I use British slang in the USA when I go visit and people look at me and tell me but I don’t even realise.

What have all of these languages taught me? That you can never know too much. If you have a chance to learn a different language, do it.

It will enrich your life, you will feel lost in translation, but you will learn and enrich your world, and no language is ever a waste, you never know where the plane will land.

Related text  How to boost testosterone