What is ear barotrauma? 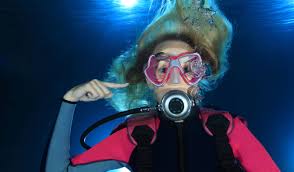 It is a condition that causes discomfort in the ear as the pressure changes. Remember the last time when you were flying and you just landed, and during this ascent and descent, you started experiencing some kind of discomfort due to the change of pressure in the atmosphere. This disturbing sense of pressure change around the ear is Ear barotrauma.

People also experience this pressure behind the ear during deep sea diving. Barotrauma can sometimes lead to pain in the ear or damage of the eardrum. You might think “Why do I feel a lot of pressure in my ears?”

Illnesses such as ear infection and colds can lead to the swelling of the membranes around the eustachian tubes. Symptoms are also shown such as vertigo or hearing impairment when a person goes down(descent) in a deep sea dive propose that this leakage is going on in the ear. In the same way, when you start going up(ascent), you will feel some air bubble is starting building in your ear.

Related text  How to stop coughing

Most of the answers behind relieving this weird ear pressure or pain and what causes the ear pressure revolves around the Eustachian tube to some or the other degree. To learn in more detail about how does ear pressure works pooping your ears do watch this video –

In most of the environment where the altitude is very high, ear barotrauma is very common. Although this condition is not harmful in some individual, while there are some repeated cases of further complications.

Therefore, it becomes very important to know the difference between chronic (occasional) and acute (recurring) cases. So, that a person understands when to consult a doctor for medical treatment.

The severity of all the symptoms mainly depends on the impact of the pressure on the eardrum and the time duration of the pressure. Some of the common symptoms, occurring in the early stages of mild or moderate cases are-

In case of all the above symptoms, if the person didn’t consult for medical help, there is greater possibility that symptoms may increase. But after treatment, all the symptoms go away. Here is a list of additional symptoms that can occur in some of the cases –

It becomes sometimes very challenging to diagnose the accurate cause of ear pressure. Depending on the cause ear pressure can be from an ear infection or hearing loss. In most of the cases, it can also be from a sinus infection.

Also, most of the constant and severe cases of ear infection such as cholesteatoma or Externa and otitis media can result in meningitis. However, a cyst that is not diagnosed or treated can spread their infection inside the ear bones which can lead to permanent hearing impairment.

Inner ear decompression sickness (IEDCS) is a type of injury which is similar to the inner ear barotrauma, but the treatment is not similar. According to NCBI, this condition is incompletely understood and most of the time found in compressed- air drivers as they breathe compressed mixture of oxygen and helium. Its symptoms are similar such as deafness, tinnitus or dizziness during ascent or also after same duration.

Related text  How to make a diaper cake

IEDCS occurs most of the time during ascent or after some time after diving. however Ear barotrauma occus in most of the cases during compression ( ascent) or after a smaller dive. Patients having IEDCS need to immediately shift to hyperbaric chamber for recompression. There is a correlation exist between a early recompression and recovery.

It is almost a necessity to diagnose an exact cause of the ear pressure, as the treatment process varies according to the cause.

According to health professionals, surgery is one of the best options, if your ear barotrauma is severe. Surgery is must if the ear barotrauma has not healed ever after the treatment of two months. Ear tubes are the small cylinder which is located through the eardrum and it encourages the airflow into the middle of the ear. These tubes are also called grommets or tympanostomy rubes.

Ear tubes are mostly used in preventing infection from ear barotrauma in children. They usually keep in place for 6 to 12 months. The second choice for surgery is a tiny slit made into the eardrum to equalizing the ear pressure. This slit will heal quickly and also helps in removing the fluid accumulated in the ear. Although it is not a permanent solution.

Mostly kids and young adults are more prone to ear barotrauma. At this young age, their eustachian tube is very small in size and have difficulty in equalization. If your child is experiencing ear barotrauma, he must be showing symptoms of distress, discomfort, pain, and agitation.

Health professionals suggest that drinking fluid is a good option while experiencing any kind of change in altitude. For pain relief, doctors prescribe eardrops for infants. 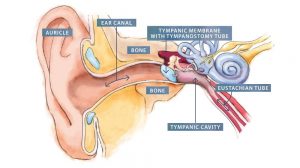 Also, in case your children who have tympanostomy tubes inserted inside eardrums as a result of congestion or ear infection, they will protect your child from the symptoms of ear barotrauma. Most of the time tympanostomy tubes are used for the treatment of chronic ear effusions in young adults and infants whereas in adults need these tube for major otitis media or eustachian tube dysfunction.

HOW TO HELP BABIES UNBLOCK THEIR EARS?

Children are not able to pop their ear on their own but popping can happen if they start sucking a pacifier or a bottle. Try to feed your baby during the flight journey and also try not to make him/her sleep during descent.

Ear barotrauma in most of the cases found out to be noncancerous (benign) and get cure with self-care. Although, deafness is a temporary symptom caused by ear pressure in your ear.

In many individuals symptoms of ear barotrauma are temporary. Although some people experience chronic cases. In case it is left untreated, then it results in some potential complications such as –

If you experience any kind of hearing difficulty or ear pain then consult a doctor immediately before the symptoms turn out to be chronic. As repeated symptoms can be a sign of chronic or severe ear barotrauma such as –

Individuals who experience allergy attack or have an upper respiratory infection should avoid altitude changes. To decrease ear pressure you can take decongestants or antihistamines before going for scuba diving or for flying. Capsules and pills take time to start working so, take them before not less than 30 minutes before takeoff.

I hope you like the article and you find some relief from ear pressure. If your problems still persist and then consult a professional for medical consultation or call 1800-121-4408 (Toll-Free).