For a long time the biggest Achilles heal of my game was playing golf in the wind. I naturally hit the ball very high, and sometimes with a lot of spin. That’s a really bad combination to have when things start to get gusty out there.

Whenever I would step onto the golf course knowing that I was going to be facing windy conditions I would tense up a bit. My tempo would not be as smooth, and I always felt like I was in a fight with mother nature. The results were less than stellar as you would expect.

I think many golfers fall into this category when they are playing golf in the wind. Most of us think we can fight our way through the wind by hitting the ball harder. This is the exact opposite of what you should be doing.

Let me explain a few major points about playing in the wind.

Spin is your enemy: The harder you swing, the more spin you put on the ball. Spin is very bad in the wind. Any mistakes you make will be exaggerated. Don’t swing harder!!!

Solid Strikes are rewarded: Balls that are struck well will travel through the wind more effectively. If your shots are less than crisp, they will most likely be eaten alive.

The direction of the wind changes things: When playing into the wind, the curve of your shot will be affected more, and will turn more than usual. So if you hit a draw or fade, expect it to move more. If the wind is behind you, it will affect higher shots more than lower ones. Your ball will not curve as much either.

Now that we’ve got the basics of what to expect when playing golf in the wind, here are a few tips that have made me a much better wind player.

The key to playing in the wind is to take a smoother, more controlled swing. This will help you strike the ball more solidly, and put less spin on it. You should be thinking about swinging about 75%-80% of your normal speed. If you step up to the ball thinking you are just going to muscle it through the wind, you will likely send the ball way up into the air and watch it drift forever as it veers away from your intended target.

Related text  How to survive a plague

Take more/less club than you think

It’s very rare that I see golfers who take too much club when they are hitting into the wind. This goes back to my theory that none of us are being realistic about our true distances on the course. If you have the wind in your face it’s OK to take 3 more clubs than you would under normal conditions. Taking more club, and swinging with a smoother tempo will keep the ball lower so it will fly to your target more effectively.

Conversely, if the wind is behind you think about the arc of the club you are hitting. If it’s a pitching wedge, the wind is going to make it travel much further because the ball will be higher in the air. If it’s a long iron the wind will not carry the ball as far, and might make it dip a little bit lower than it normally would fly.

Play the ball a little bit further back in your stance

I always play the ball about 1-3 inches back in my stance in the wind. This allows me to trap the ball a little more, and encourage a lower ball flight. I don’t necessarily play a “punch” shot either, but am trying to keep my swing as compact as possible.

Give the ball room to move

We’ve learned that when we play into the wind the ball will curve more than it usually does. This will happen in cross winds as well. Knowing this, you have to give the ball more room to maneuver. I think this makes many golfers uncomfortable, but you have to take this into consideration before your shot.

Overall, the main point I want you to come away with is to stop thinking you have to fight the wind. It’s a battle you will lose every time. Think more about working with the wind. Focusing on hitting with a smooth tempo, and hitting the ball solidly will yield better results. Just be realistic, and know that it will be harder to score in windy conditions and that’s OK.

Related text  How to take out a loan

Every golfer struggles playing golf in the wind at all levels. The ones who accept that they have to change their approach will score better. 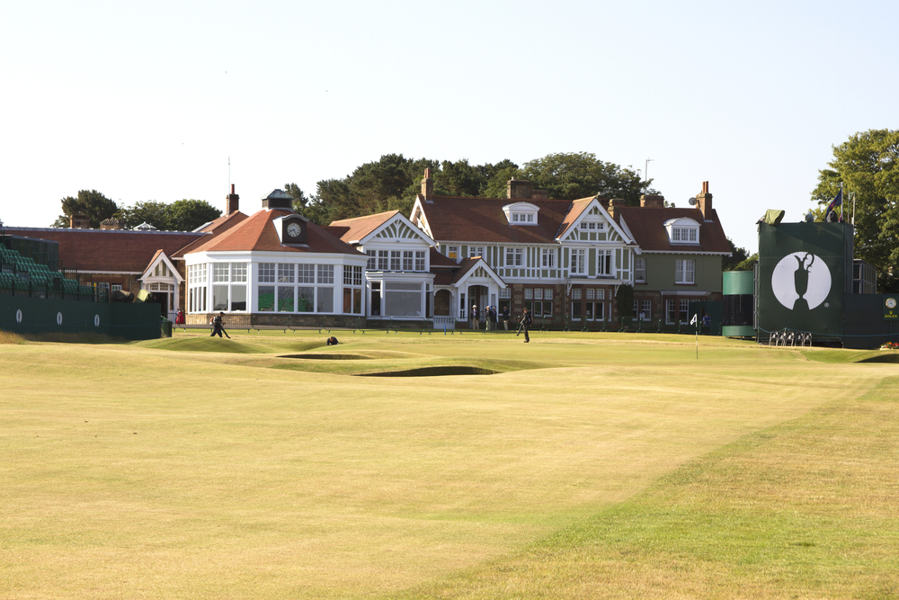 Topping our list of the best countries to play golf is Scotland. Which comes as no surprise as it also tops the list of the most exclusive golf courses in the UK. Often described as the home of golf and looked up to as an iconic location to play the sport, Scotland tops the list with locations such as St. Andrews, Muirfield and Eden course. Boasting tranquil, historic 18-hole courses, Scotland offers some of the best courses to make use of your brand new driver.

Staying in Europe, Italy is second on our top countries to play golf list. Boasting over 200 golf courses nationwide, there’s no better place to play continuous games of golf, whilst uncovering the historic and beautiful landscape of the southern European country. Some of the best Italian golf courses include, Villa d’Este, Biella and Roma Acquasanta.

Fun fact – An 18-hole game of golf for a group of four people takes on average 4 hours and 11 seconds, now that multiplied by Italy’s estimated 250 golf courses, would take an estimated 1000 hours and 45 minutes, that’s 41 (or so) solid days of driving and putting to work through – our recommendation is if you never want to stop golfing, visit Italy. Although, you might need to repair your golf clubs if you do after all that putting!

This time we’re hopping on a plane for about 24 hours to reach number 3 in our best countries to play golf list. We have arrived in the elegant, breath-taking country of New Zealand and, in particular, Kauri Cliffs in the bay Islands. The 18-hole course offers 18 different views of the Pacific Ocean and the natural beauty that surrounds it. Other popular golf courses on the Island include, Tara Iti, Kinloch Club and Jack’s Point.

One of the best countries to play golf in the world is, of course, the United Stated of America. What would a list of the best places around the world to play golf be without a location in the homeland of Tiger Woods. Although not in Woods’ home town, number four on the list is Westchester Country Club, situated in New York. Voted by 2017 Masters Tournament champion and Spanish national, Sergio García as the best golf course to play an 18-hole game on. Sealed with the approval of an international champion, this is easily one of the greatest courses to practice your swing on.

Staying in the States, this time moving south, to Florida, this location boasts an enormous amount of public golf clubs, for everyone to enjoy. Accentuated by constant beaming rays, the sunshine state offers not only world renowned 18-hole courses, but also has the above mentioned, bonus of perfect weather conditions, which is great news for getting your golf balls to do what you want. Some of the best courses on offer include, Streamsong Resort Red, Worlds Woods G.C. and PGA National Resort and Spa.

Finally, on our list is the North American, volcanic Island of Hawaii. For obvious reasons this breath-taking location made the list. It’s got natural beauty in abundance and provides incredible weather to top off a weekend of nonstop golfing on a luxurious course. Some of the most popular locations include, Nanea, Makai and Hualalai Golf Course.

That concludes our list of the greatest places to enjoy a round, or two, of golf. So go and pack up all your best golfing equipment ready for your next golfing adventure.