When is the last time you ate a potato? I bet it was somewhat recently. I have to admit that, even though it’s unusual for me, I had a handful of potato chips this afternoon! Not the healthiest option, but sometimes that’s how life goes. But, the real question is, have you ever had a homegrown potato? We all know that homegrown tomatoes and peppers are 100 times better than store bought, but would you believe me when I say that homegrown potatoes are the same way? It seems hard to believe, but it really is true! 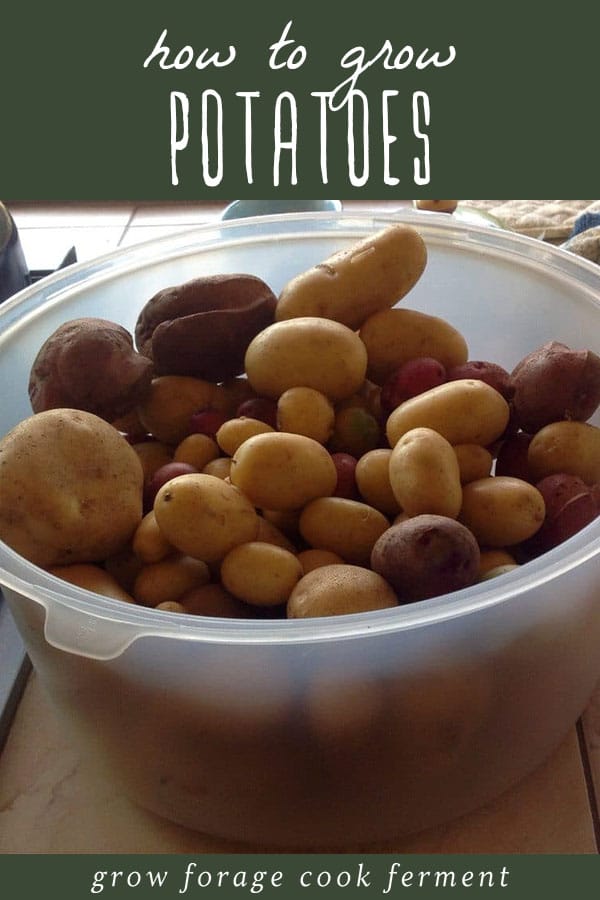 I’m going to show you how to grow potatoes, and the best part is that it couldn’t be easier! All you need are potatoes that have a few sprouting eyes on them. A good rule of thumb for North America is to plant them around St. Patrick’s Day, but obviously this is highly variable. Earlier in the southern part of the country and later in the northern part, but do remember that they prefer cooler temperatures regardless. 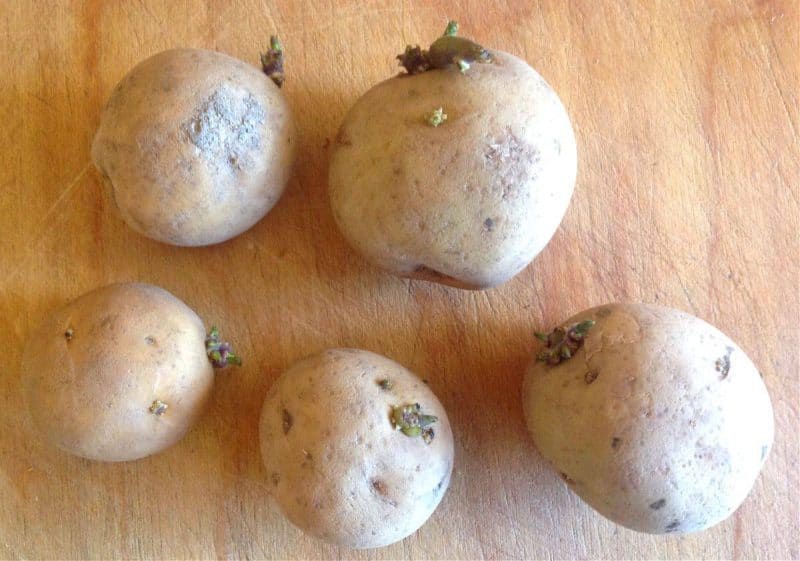 These are seed potatoes that I bought at the nursery. I have had good luck, however, planting organic potatoes from the store as well. Usually if they aren’t organic they have been treated with a sprouting inhibitor enzyme, so I would avoid using those. If you do have to buy seed potatoes just remember that you probably won’t ever have to buy them again as you can save and replant the same variety year after year. 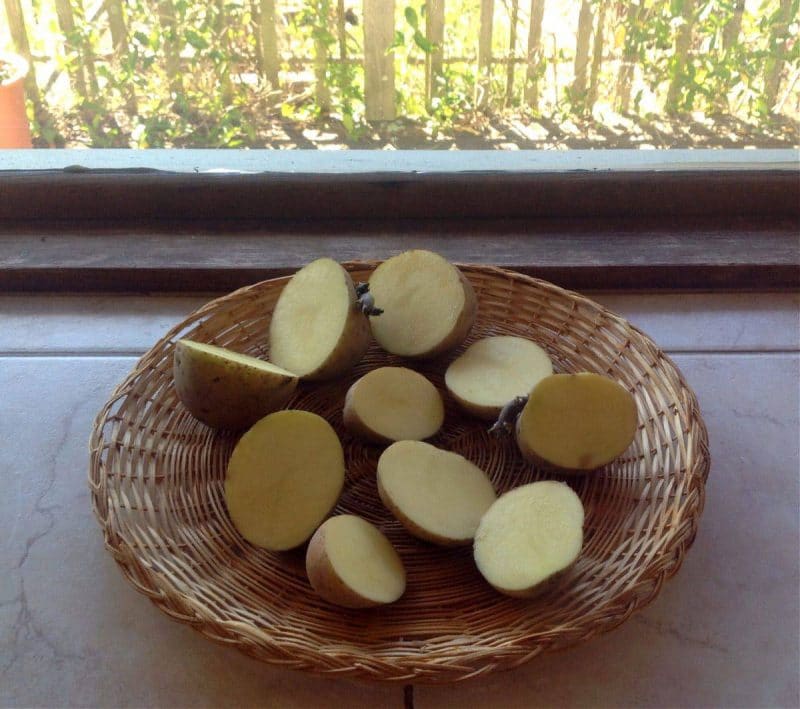 Cut each sprouting potato into chunks with at least 2 or 3 eyes on them. Set them in a windowsill to dry out for a couple of days before planting. 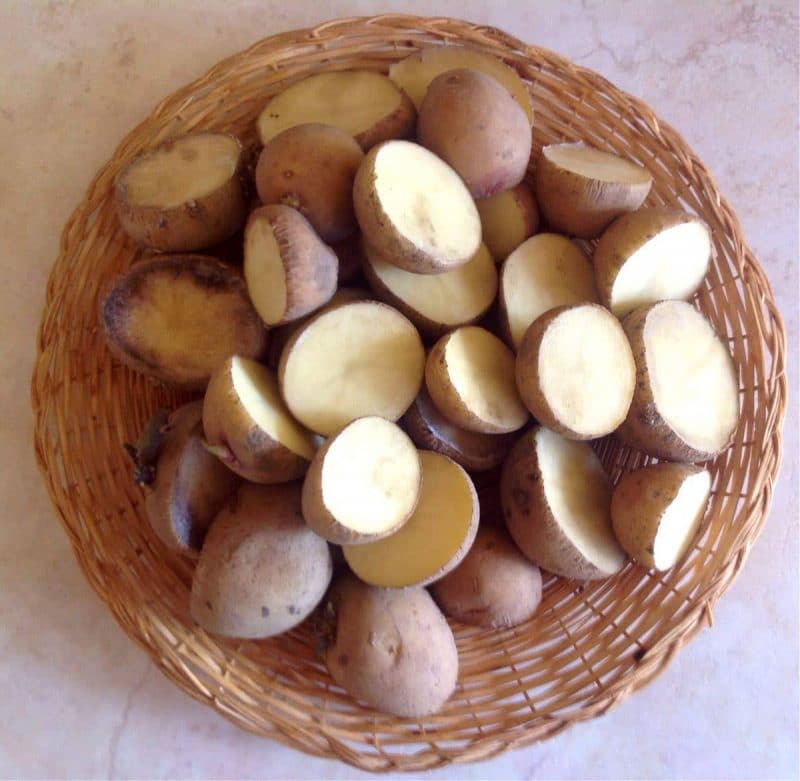 They will shrivel up a bit, that’s normal. I decided that I didn’t have enough seed potatoes in the first batch, so I went out and bought some more! 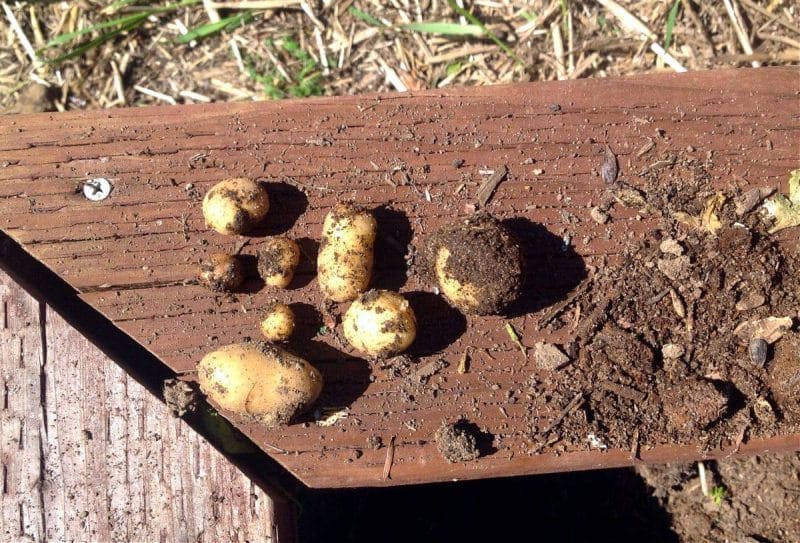 When I went out to plant them I found these leftover potatoes from last year hiding away! Even when you think you have them all you usually don’t. They will sprout just like the others, so they went right back into the dirt. 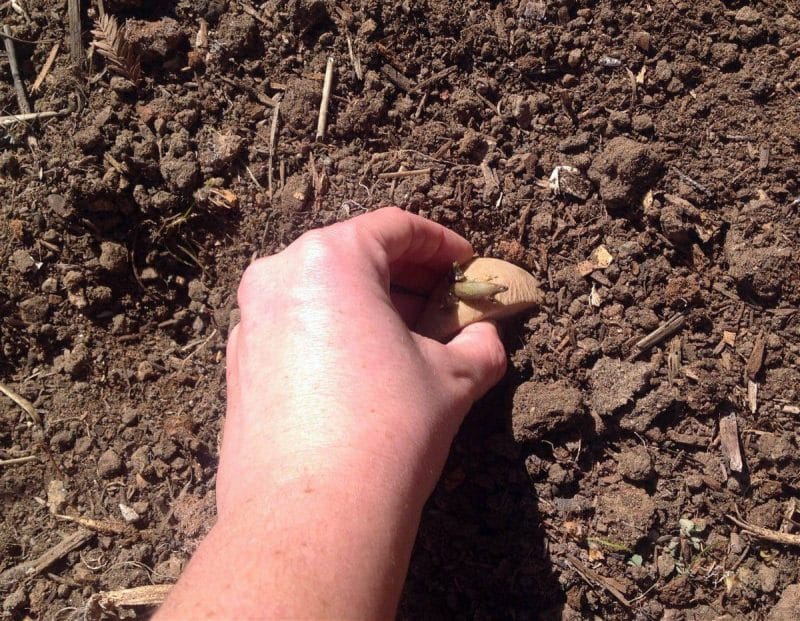 When you’re planting your sprouted potato chunks, just push them into the dirt an inch or two with the sprout facing up. 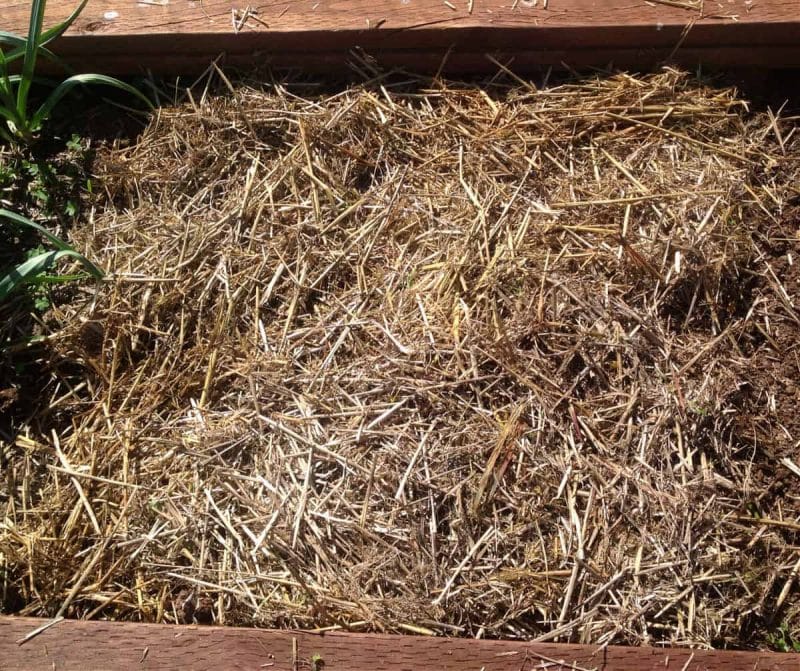 After they are all planted, cover the potato bed with a few inches of hay and water them well. 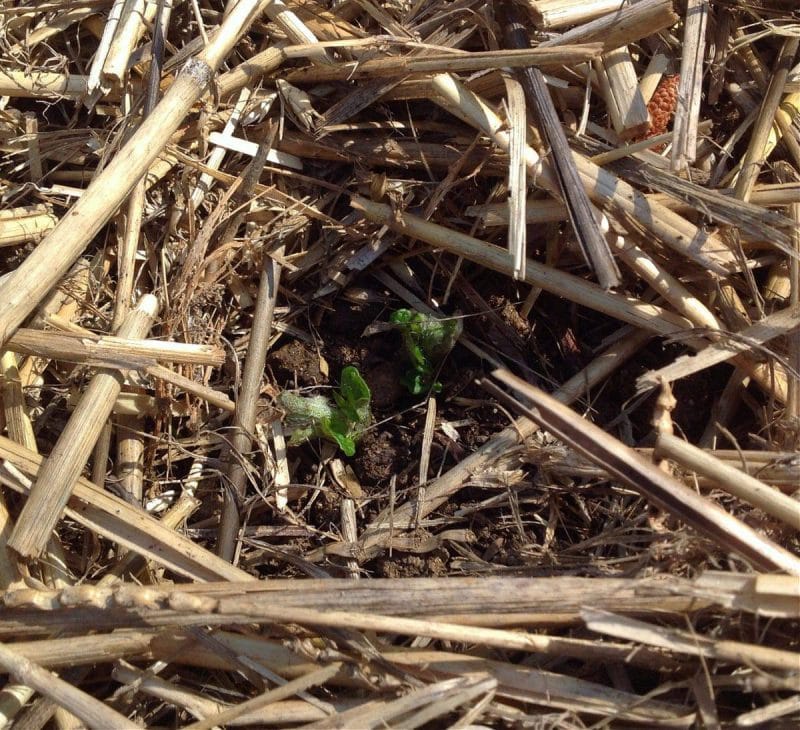 Soon, if you’re impatient like me, you can push back the hay and hopefully you’ll see a few cute little potato sprouts popping up! 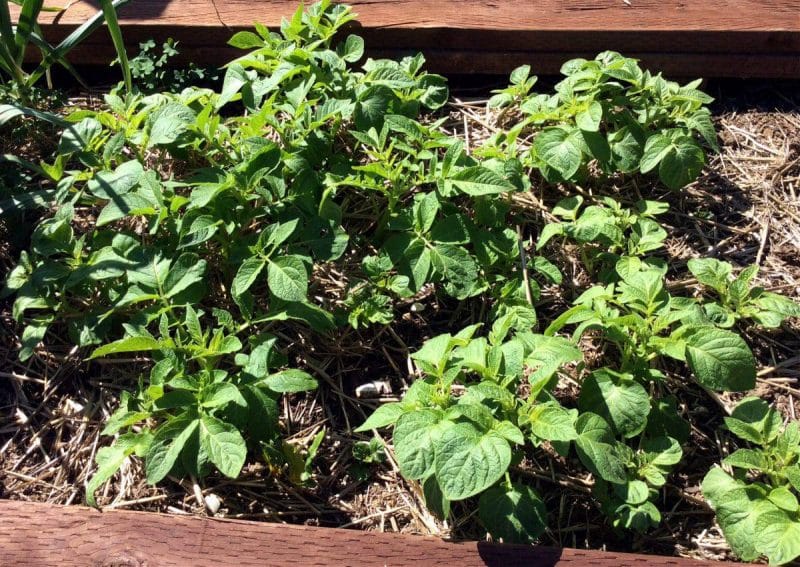 They grow fast, sometimes almost right before your eyes! 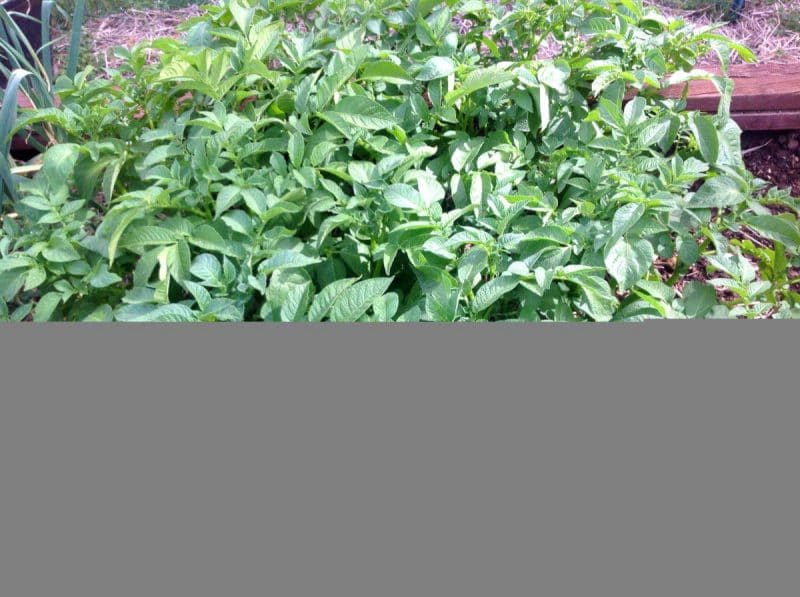 It’s such an interesting plant because everything you want is below the hay and soil, so it’s hard to tell when they’re ready! Sometimes it feels like you’re digging for treasure. 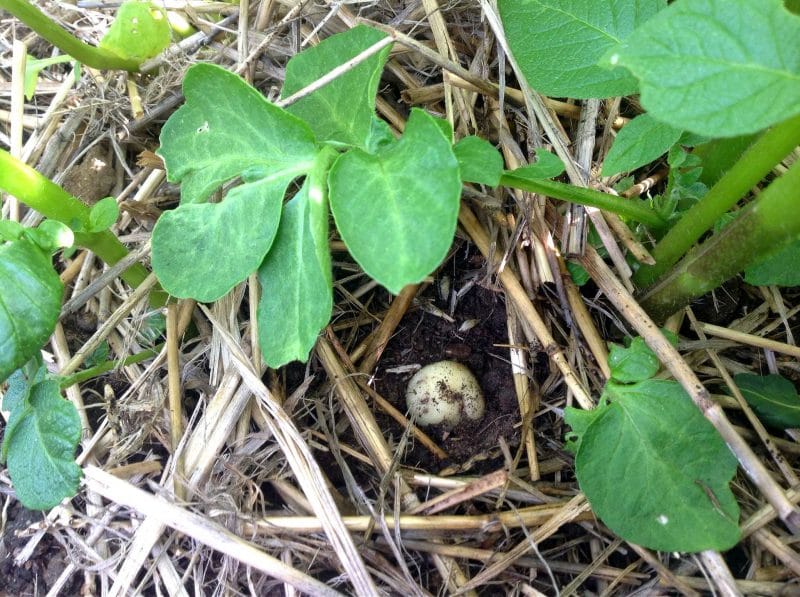 All you need to do is push aside the hay and gently dig around. You will eventually start to feel little potatoes growing in there! This one is not quite ready yet. Usually once the plants flower and start to fall over it’s time to dig up the potatoes in the soil. 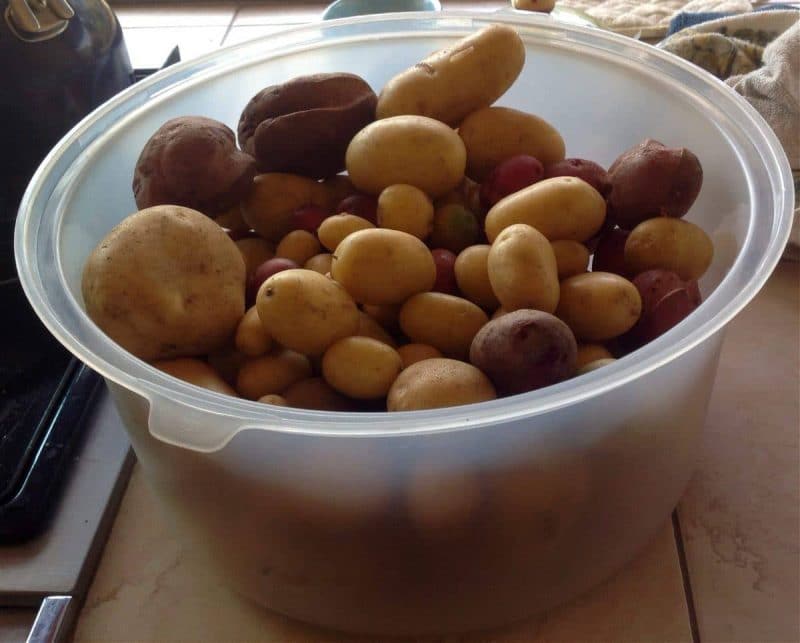 This picture is from last years final harvest, and there were even more before this. It’s always amazing how many you end up with! Once you start digging it seems like there is always more. Often times you’ll miss a few and get potato volunteers the following season. Not a bad problem to have! And, like I said before, somehow homegrown potatoes really are the best tasting potato that you’ll ever have.

Related text  How to block my phone number

Put a spud in the ground, you won’t regret it! What else do you have to lose?