Pot stills are used in the production of whiskies—usually, though not always, malt whiskies—from Scotland, Ireland, the United States, Canada, Japan, and elsewhere. Pot still distillation is a batch process. Some styles use double-distillation, while others are distilled three times.

The wash goes into the first still, often called the low wines still, where it’s heated up. Alcohol boils at a lower temperature than water, so the alcohol vapors rise off the liquid and into the still neck and lyne arm, eventually reaching the condenser, which turns them to liquid once again. The resulting liquid, which is about 20% ABV, goes into the second still, or spirit still, where the process is repeated. At this time, a third distillation can occur. The resulting final spirit comes off the still starting at around 60%-70% ABV. The distiller discards or reserves a certain amount of spirit from the beginning and end of the run, known as heads and tails, due to their unwanted flavors and aromas. The rest—known as the heart—goes into barrels, often by way of a spirit safe. 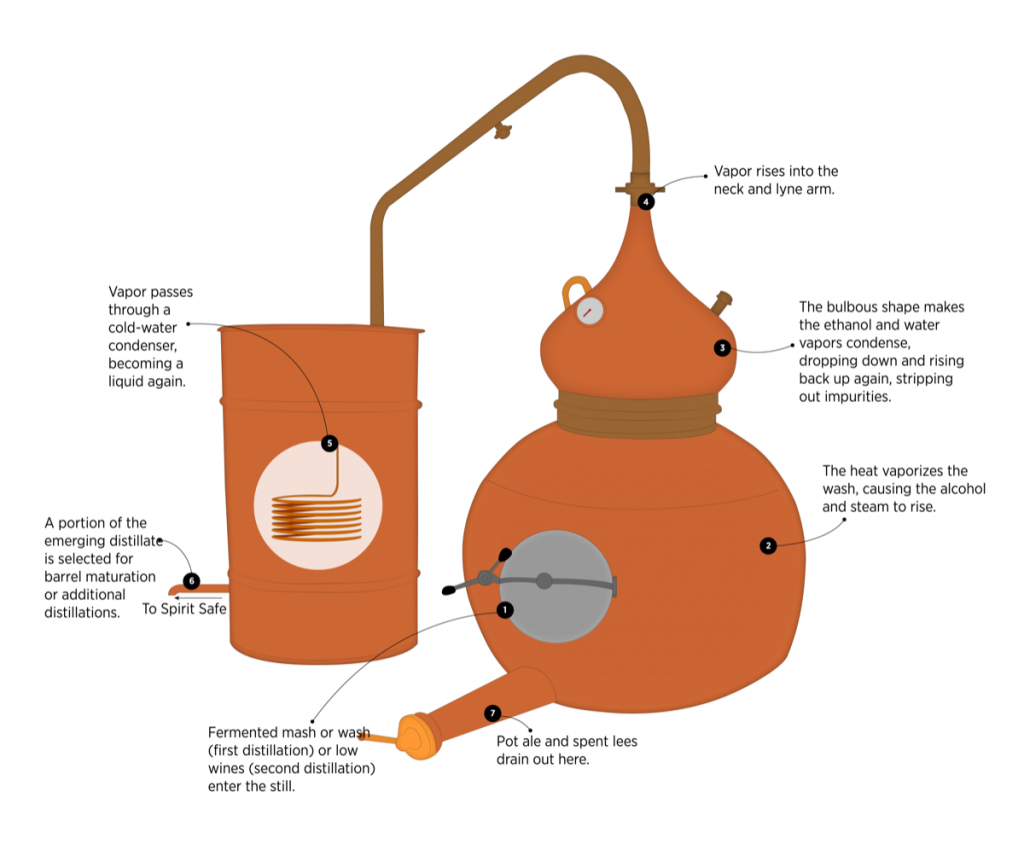 Column stills, also known as continuous or Coffey stills, are typically used to produce bourbon, rye, and other American whiskeys, as well as grain whiskies from Scotland, Ireland, Canada, Japan and elsewhere. The column still works continuously and efficiently, removing the need for the batch process of pot stills.

The distiller’s beer is fed into the column still at the top and begins descending, passing through a series of perforated plates. Simultaneously, hot steam rises from the bottom of the still, interacting with the beer as it flows downward, separating out the solids and unwanted substances, and pushing up the lighter alcohol vapors. When the vapors hit each plate, they condense, which helps get rid of heavy substances like congeners and increases the alcohol content. Eventually, the vapor is directed into a condenser. Column stills can produce spirit up to 95% ABV, although most whiskies are distilled to lower proofs.

Related text  How to get a girl to kiss you 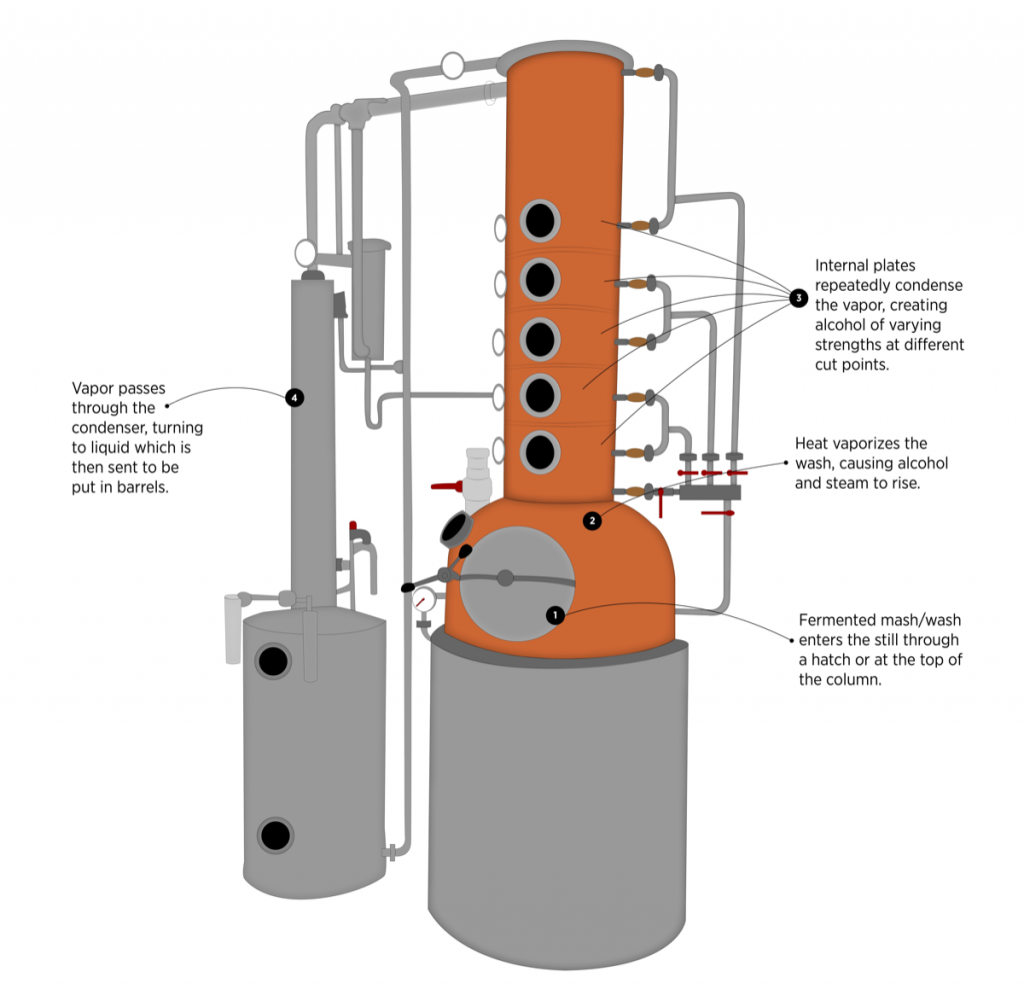