*Please note that children should be supervised when playing with and making Borax slime. Borax (sodium tetraborate) can be toxic if inhaled or ingested. Adults should prepare this recipe just to be safe. Wearing plastic gloves is also an option to prevent any possible skin reactions when making it and playing with it. 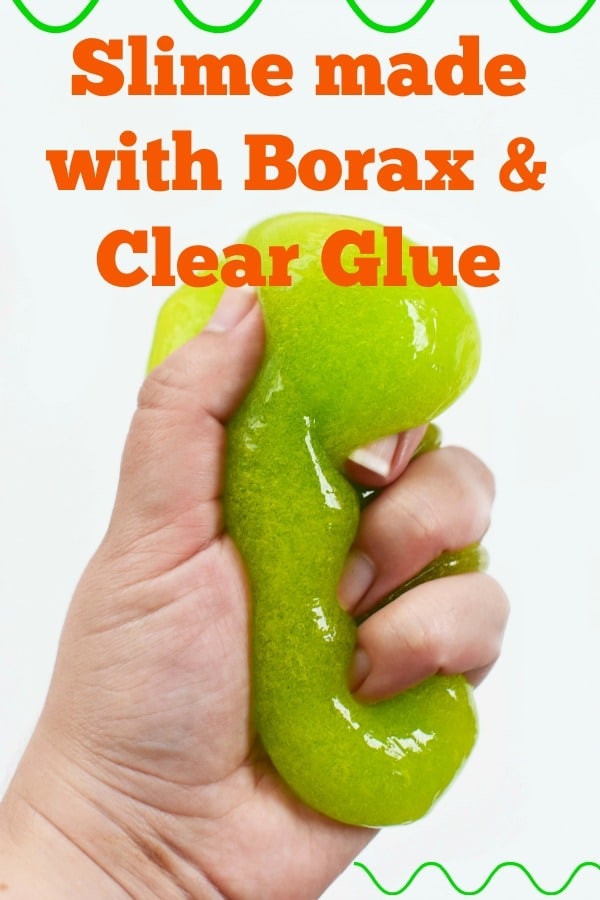 So you want to know how to make slime with Borax and glue? You’ve come to the right page!

When I worked as a teacher we used to have an annual “slime” science project with the kids.

I always secretly looked forward to making our easy slime! In fact, that is how I was first introduced to Borax.

Whether you’re looking for a fun project to do at school or at home, making slime with Borax is sure to please even the pickiest audience! Borax slime also makes an awesome homeschooling science project! 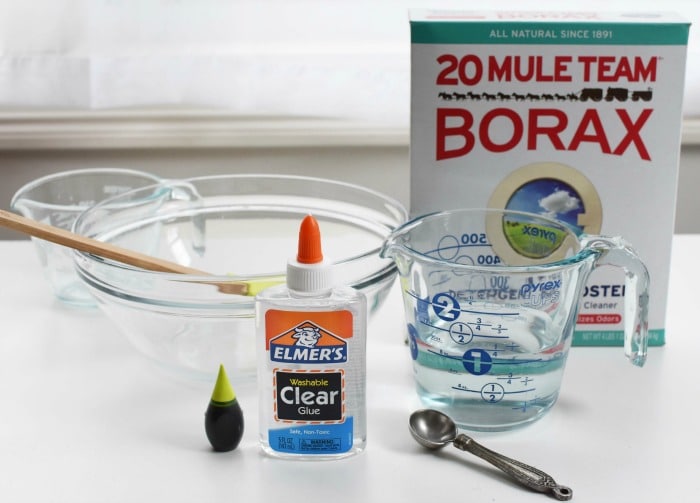 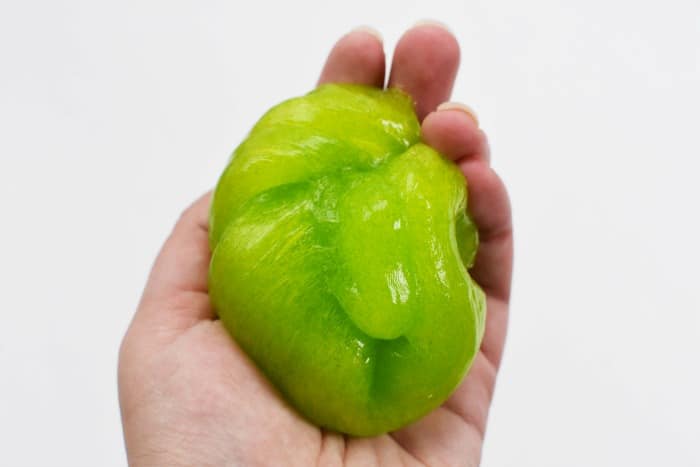 1. Mix 1 teaspoon of Borax into the cup of warm water. Mix it until it’s fully dissolved. The water should appear clear and not cloudy.

2. Place the Borax solution aside. You will need it again shortly…

3. Grab your mixing bowl. Add your 1 cup of clear glue into it. 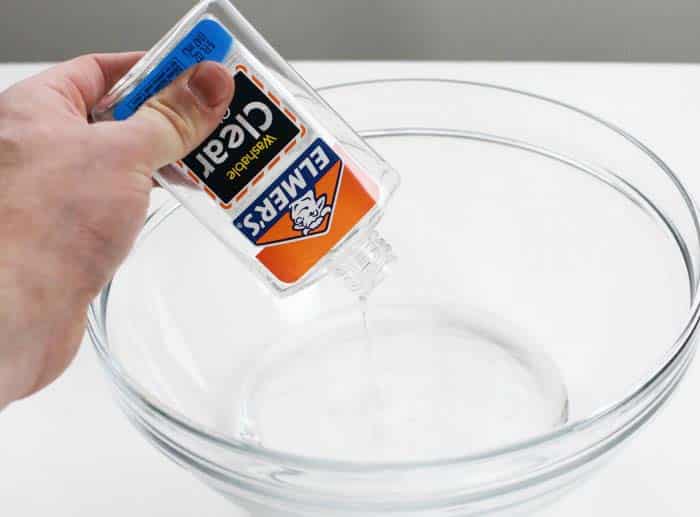 4. Add a few drops of food coloring and/or glitter to the clear glue and stir gently to combine.

5. Slowly… add your Borax solution into the clear glue mixture. Add only small amounts at a time while stirring thoroughly, or your slime will harden and you’ll end up with a rubbery mass! You probably won’t need it all. Only add enough until the slime isn’t sticky anymore.

Related text  How to draw people

6. Knead and squish the slime with your hands to finish mixing.

Once you realize how fun your slime is to play with, you’re probably done mixing!

Congratulations, you just made slime with Borax and clear glue!

You can pull, twist, stretch, and squish your slime. Just don’t eat it because the Borax is toxic.

How long does Borax slime last?

Borax slime will typically store for 2-3 weeks if you keep it inside an airtight container after your done playing with it. The less air it’s exposed to, the longer it will last.

Don’t worry if it doesn’t last too long though, because now you know how easy it is to make another batch! 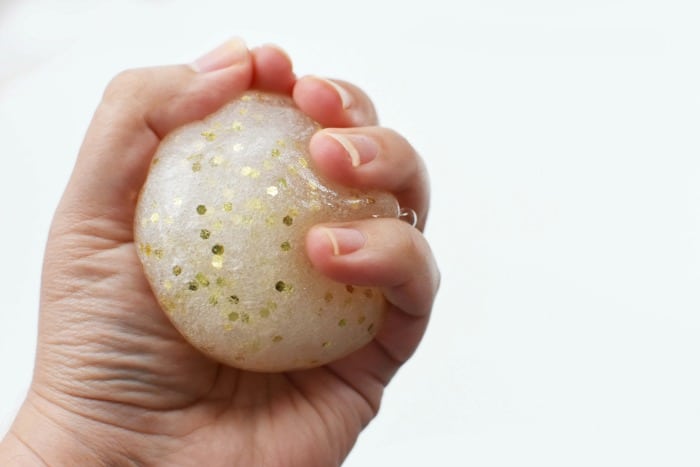 It doesn’t take many items to make slime. Just a few ingredients you probably have in your pantry and you can make super stretchy fluffy slime!

Baking soda will combine with the boric acid in contact solution to make borate, the same crosslinking solution that Borax contains. This mixture becomes the slime activator. The saline solution needs to contain active ingredients like sodium borate and boric acid. So yes, even this slime has a touch of borax.  Borax powder and liquid starch can also be used as the slime activator

Now let’s learn how to make fluffy slime the safe way.  This borax free slime recipe that is perfectly slimy! Your kids will be playing with it for hours and making slime over and over again. All you need are simple ingredients found in your pantry. There is no need to add water.

Measure glue into a bowl. Add a few drops of food coloring.  Once it is the desired color add a few more drops. The shaving cream will make the color lighter. Mix in baking soda then shaving cream, Stir in contact lens solution and mix. The mixture will start to come together. Remove mixture from bowl and knead with hands. The slim will be sticky. The more the slime is played with the less sticky it becomes.

How do you make slime?

Let us show you how to make slime in six easy steps. This is amazing homemade slime that is safe and borax powder free.  We make slime with shaving cream to make it fluffy. 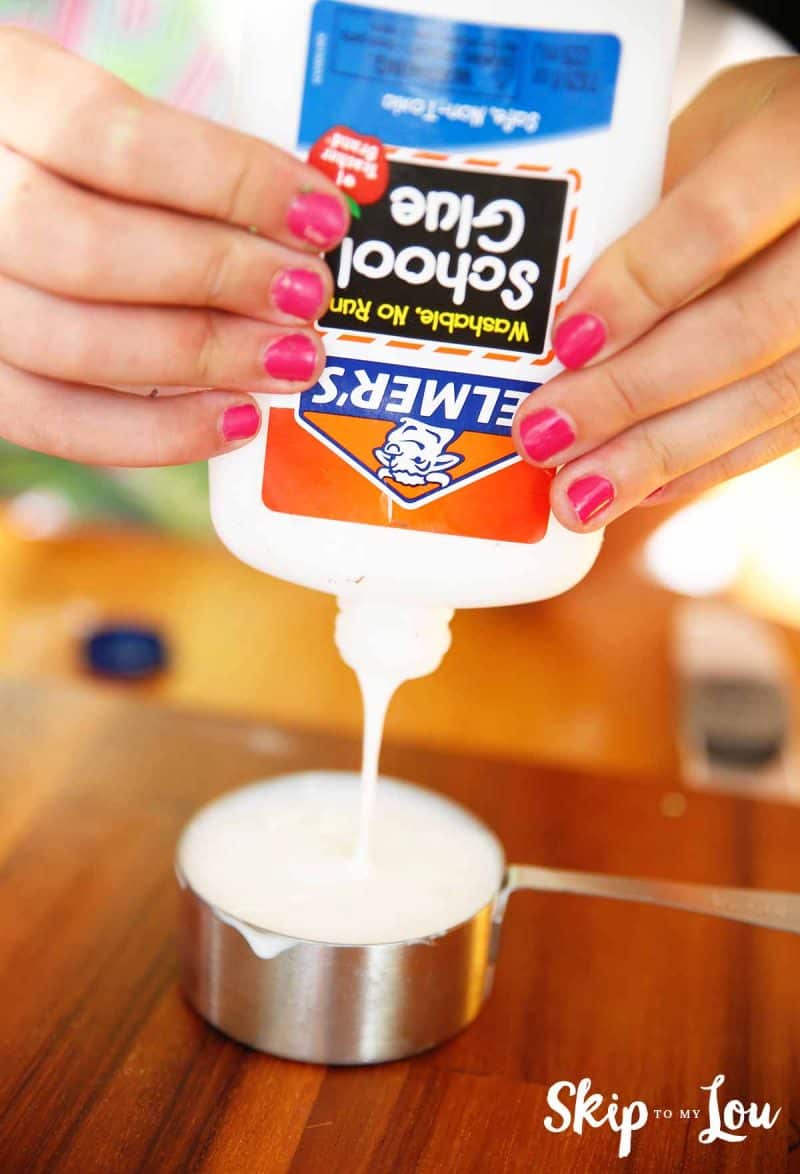 2. Add color. Add more food coloring than you think you need. The shaving cream will make it lighter. 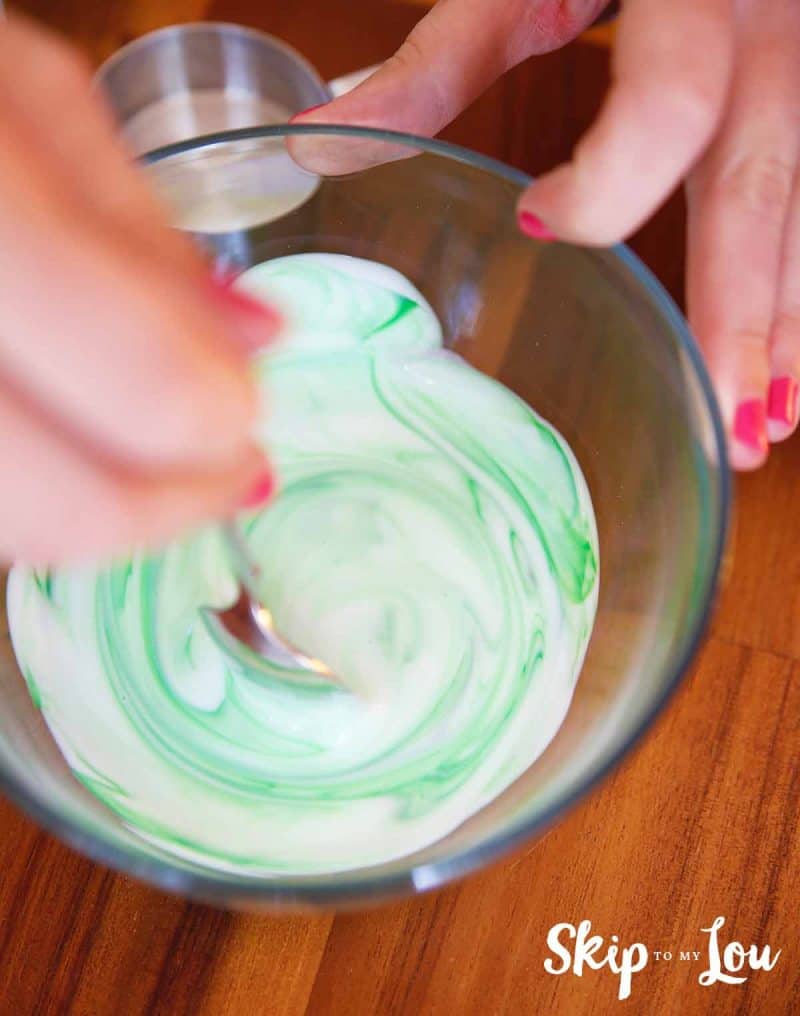 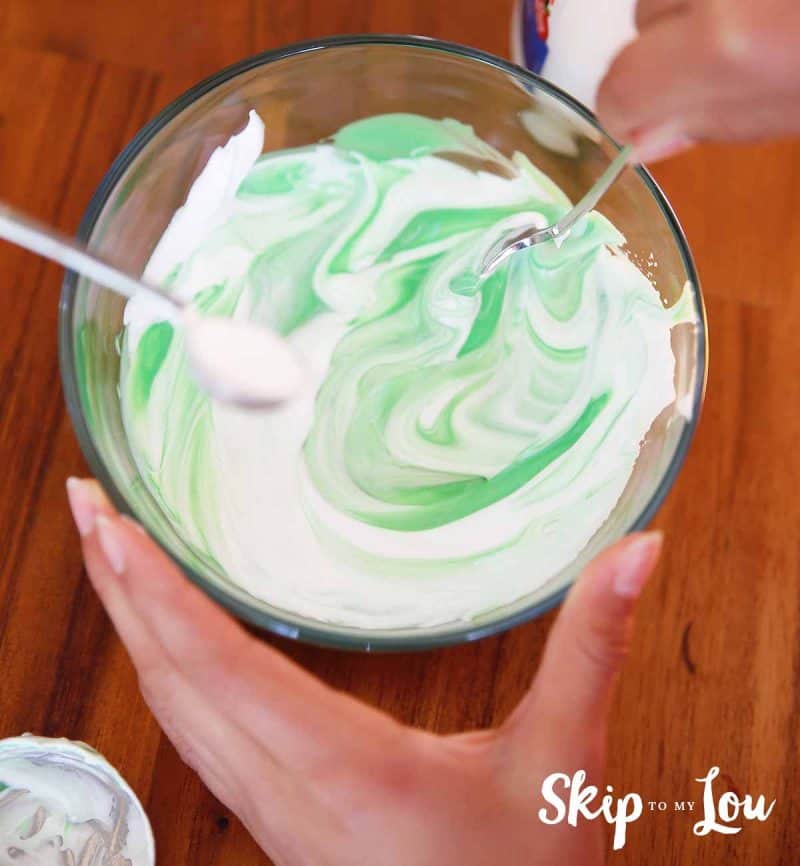 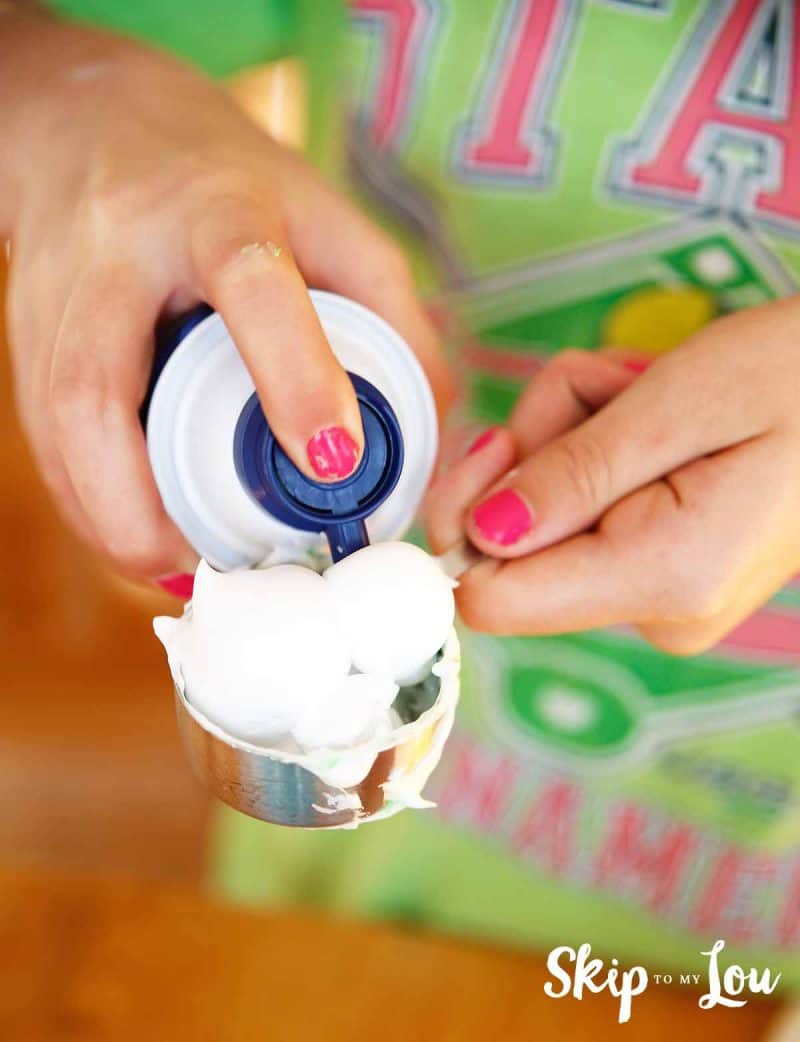 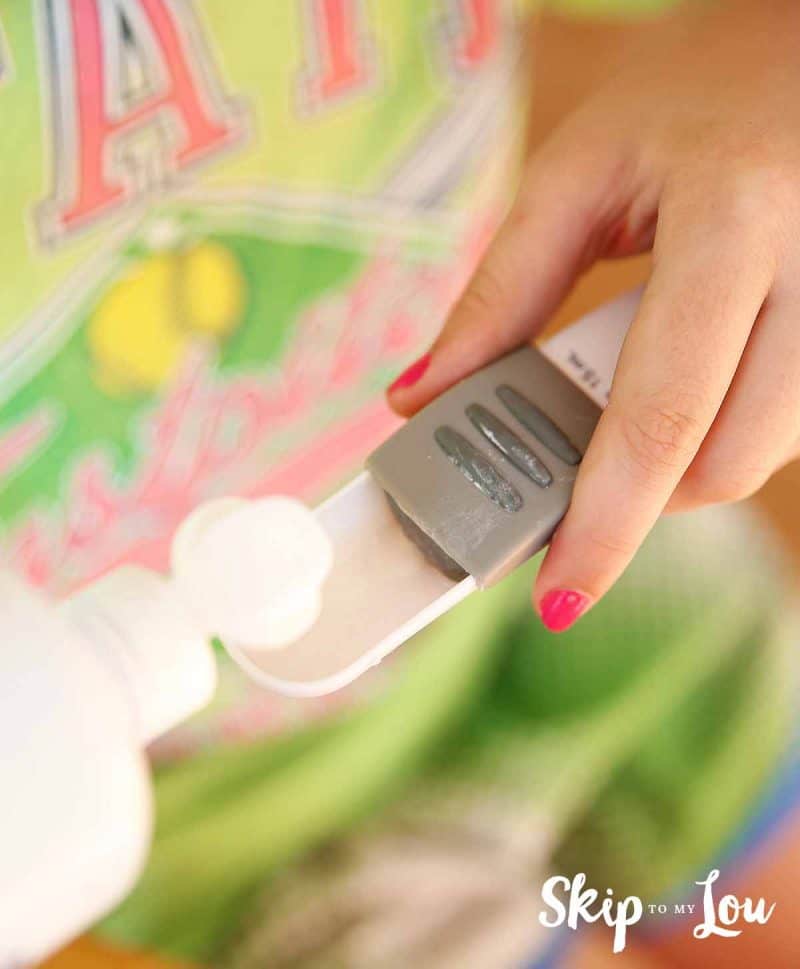 Mix all the ingredients until mixture starts to come together. 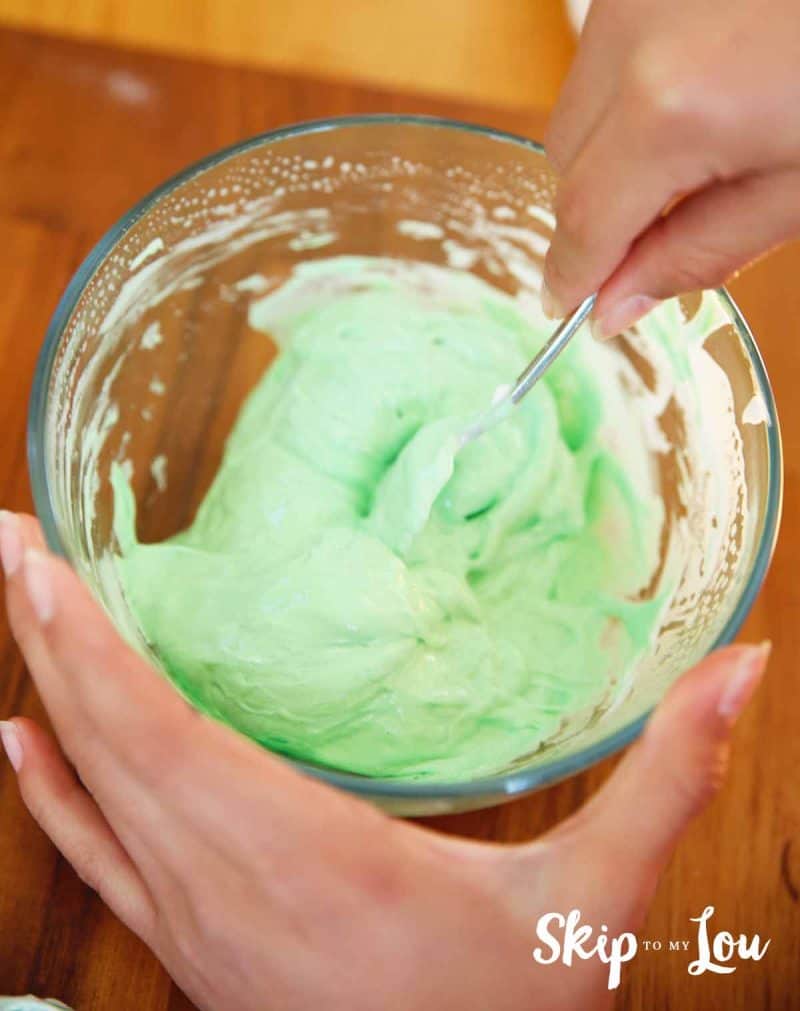 6. Remove from bowl.  The mixture will be sticky. 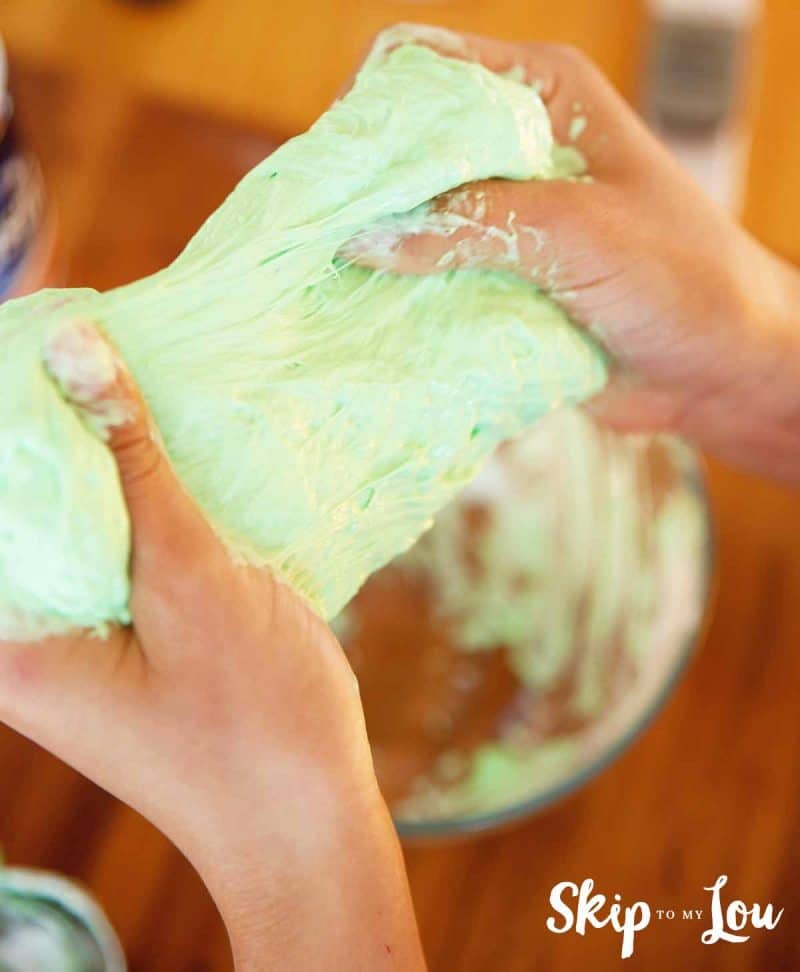 Keeping working and will become perfectly slimy and not sticky the more you work with it.

The girls added a bit more color so it would be really bright! It is best to add the color with the glue.  It was more difficult to mix in the color at the end. Now you know how to make slime! 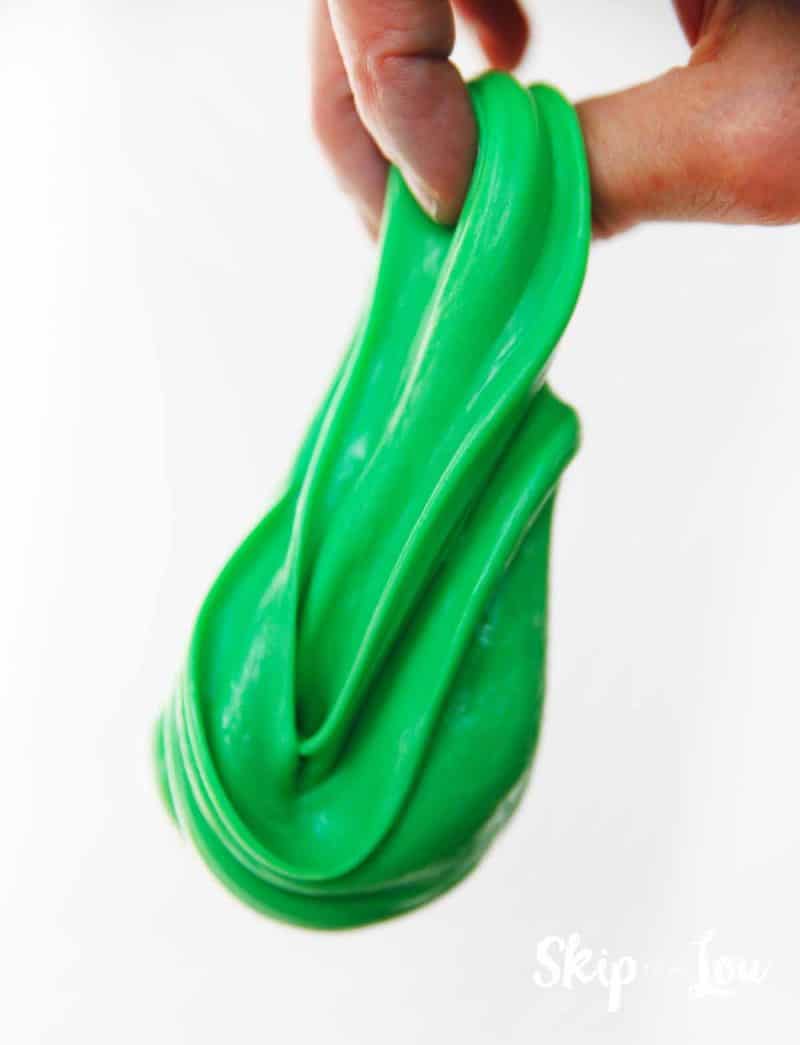 Have your children experienced the slime craze? We can’t get enough slime. We have made green, purple, blue, pink……………………..one gallon of glue worth of slime at our house has been used. Don’t stop with plain school glue. Glitter glue makes a great galaxy slime!

How to make slime 5 different ways!

Related text  How to delete conversations on snapchat 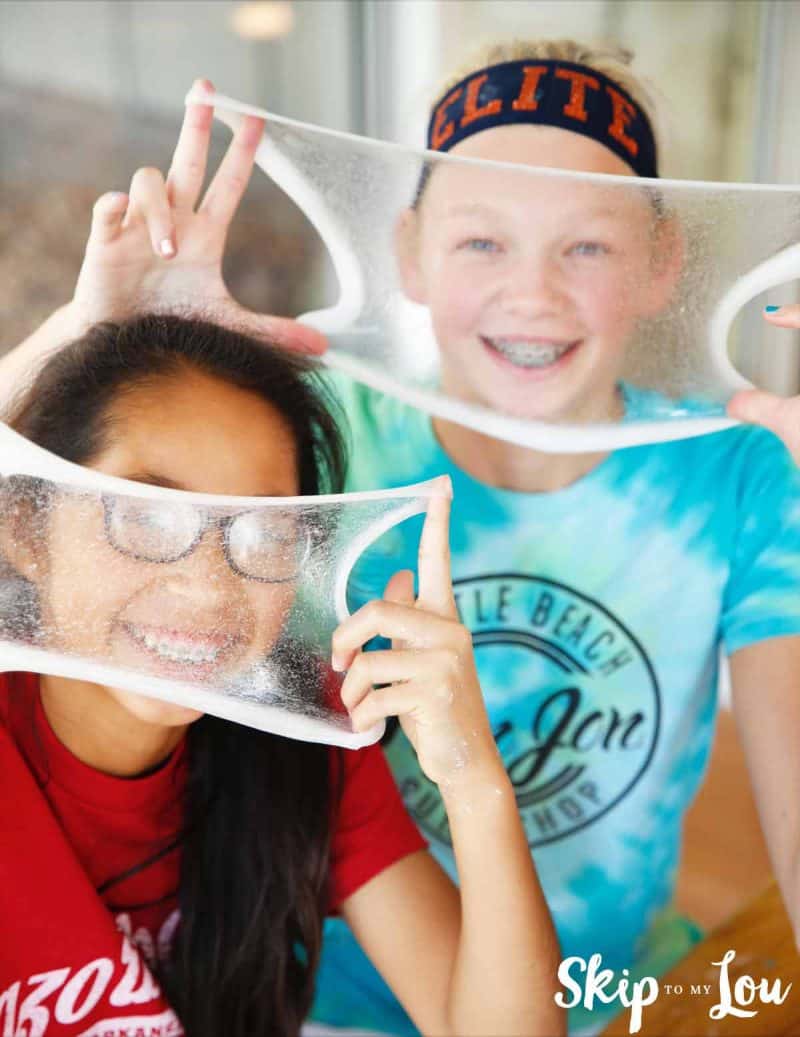 Glow in the Dark Slime 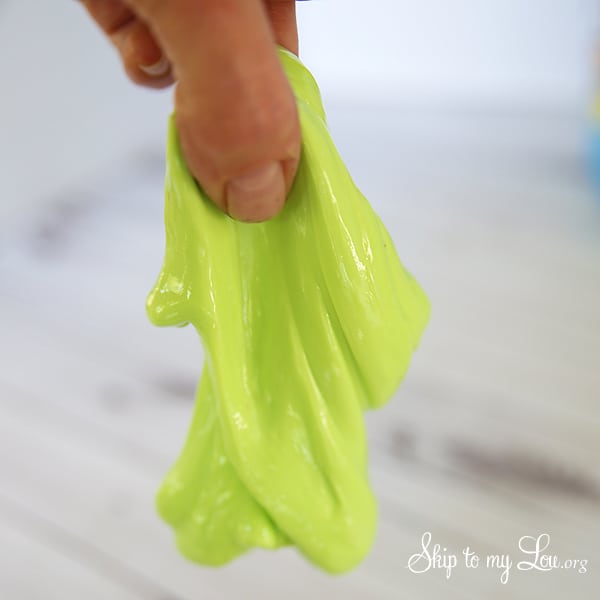 This slime/gak uses liquid starch. While liquid starch contains a bit of borax it is much more friendly to the skin. I was shocked to see on the news where kids were actually getting burns from the borax. This two-ingredient slime should be just fine.

How to make Gak 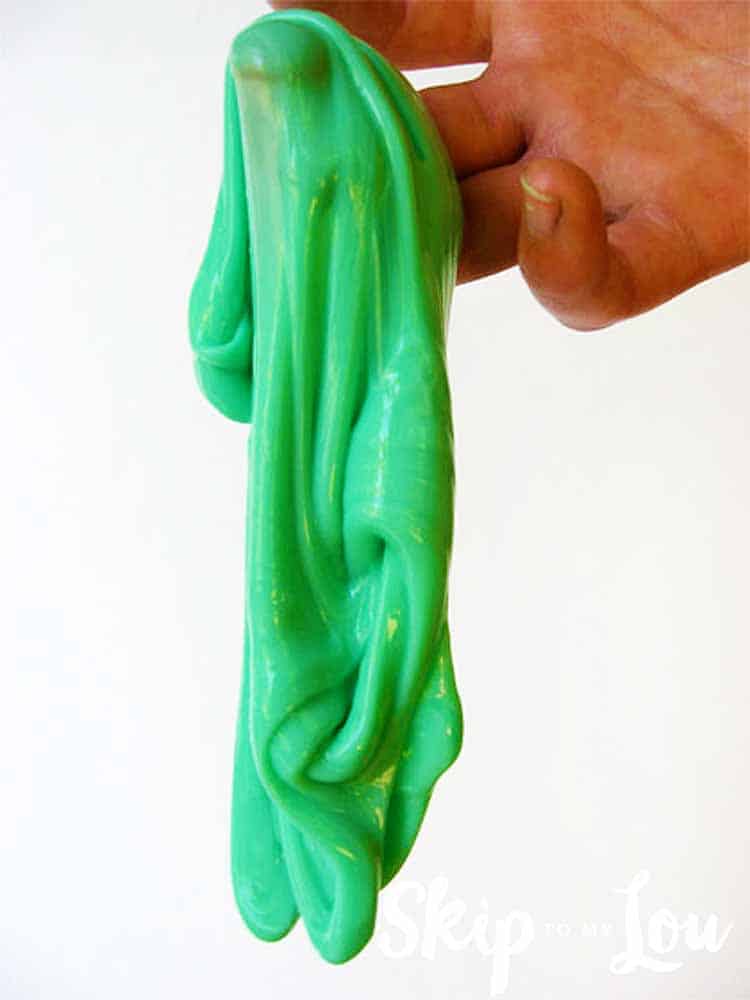 It only takes 3 ingredients to make this butter slime. The addition of clay makes this slime hold its shape. 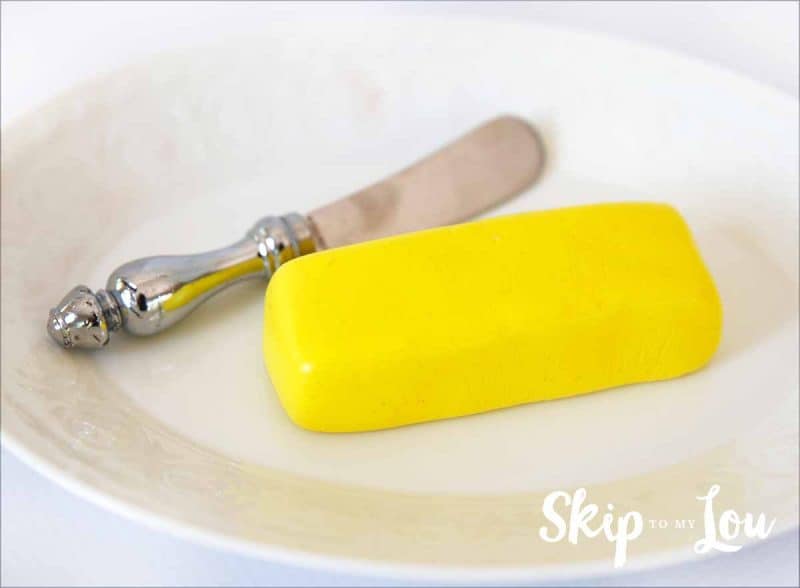 If you don’t have glue you can make slime without glue. This slime uses 3 in one shampoo. It isn’t as stretchy as regular slime but is still fun to play with. Warm hands do cause this slime to melt.

How to make slime without glue 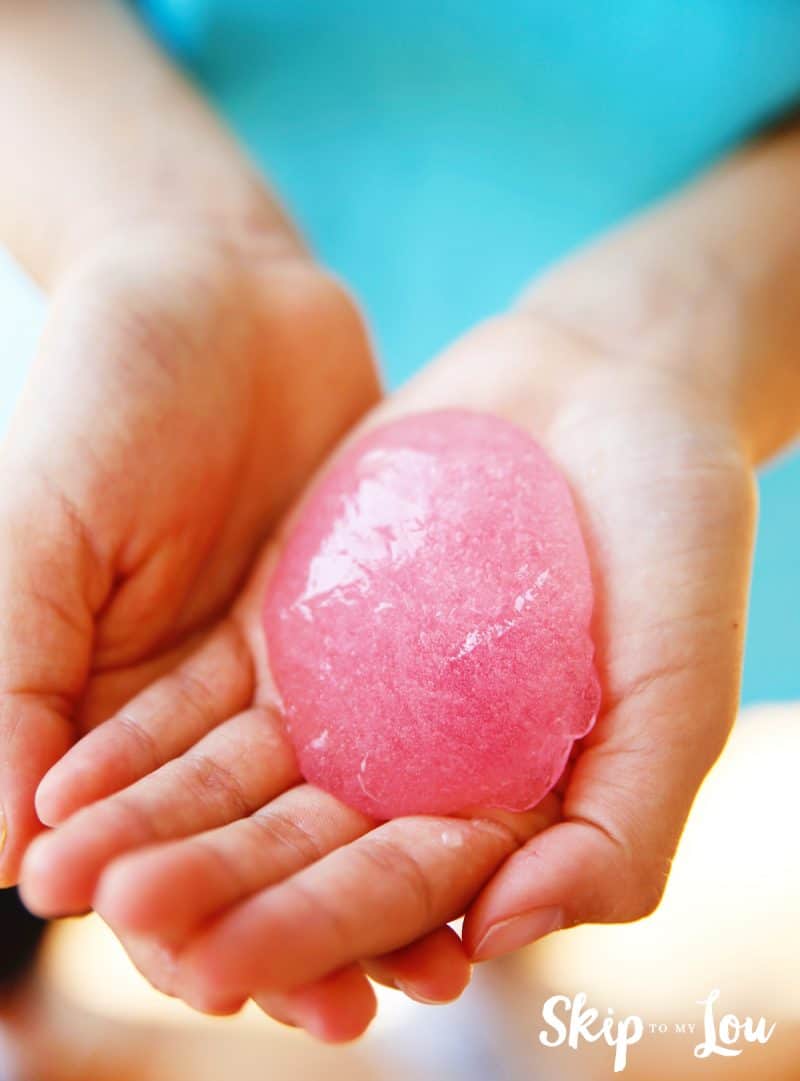 We are always looking for more recipe variations and are going to try this 3 ingredient slime that uses salt. It is as much fun to watch this goo being made as it is to make so check out this video.

Now you know how to make slime! If your kids love slime they will LOVE oobleck. Have you ever made it?

Clear Glue is the type of glue you need to make clear slime. Some types of slime, like Jelly Cube Slime, Avalanche Slime or Glitter Clear Slime are made with clear glue. When making Clear Slime using clear glue there are some things you need to know: