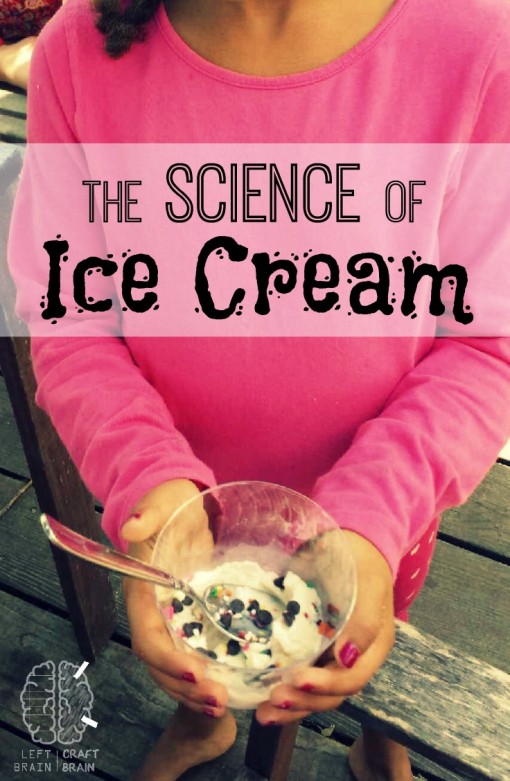 Sunday, July 20, 2014 is National Ice Cream Day.  So of course we had to celebrate!  We did this by trying out the Ice Cream in a Bag technique over at a friend’s house today.  Plus we learned about the science of ice cream too!

Ice Cream in a Bag Recipe

We used the VERY! yummy recipe over at Spoonful for our ice cream.  Three simple ingredients: half and half, sugar and vanilla extract, shake inside a Ziploc surrounded by a another Ziploc full of ice and salt.  And voila!  Purely yummy soft frozen ice cream, ready to top with whatever toppings you like. 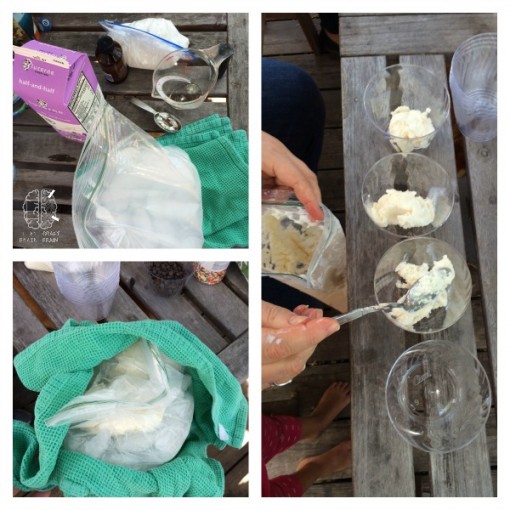 The Science of Ice Cream 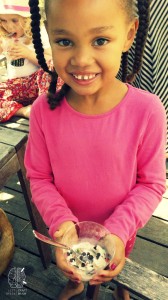 What makes ice cream creamy?  This ice cream is made of sugar, fat, ice crystals and air.  The more you shake, the smaller the ice crystals become and the more air is incorporated into the ice cream.  Doing both makes for a creamier cream.  You can also adjust the creaminess by changing the fat content of your dairy – heavy whipping cream has 6g of fat per Tbsp. vs 3.25g for whole milk.  We went with half and half at 1.7g fat per Tbsp.

Why does shaking some dairy in a bag make ice cream?  Ice cream is an emulsion, which means small droplets of one liquid dispersed or spread throughout another liquid.  Think salad dressing…  Oil and vinegar don’t dissolve, but they can disperse into an emulsion with the help of a whisk.  So when you shake the bag, it emulsifies the ice cream, dispersing the ice crystals, fat molecules and air. 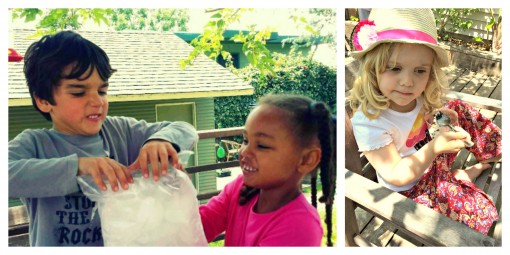 Enjoy your ice cream!  And science