Ever wondered how to make elephant’s toothpaste? (Ok, it’s not scientifically what elephants use to clean their teeth but the effect looks like what might happen if elephants did use toothpaste). In fact, this experiment is a chemical reaction which causes a rapid expansion of foam – enough for an elephant!

Warning! Hydrogen peroxide can be dangerous if swallowed/can irritate skin and adult supervision is required throughout the experiment. Gloves should be worn.

Have fun with this easy experiment which shows the reaction that occurs when hydrogen peroxide is  mixed with washing up liquid. A catalyst, in this case yeast, is added to make the hydrogen peroxide decompose very quickly. Hydrogen peroxide breaks down into oxygen and water. As a small amount of hydrogen peroxide generates a large volume of oxygen, the oxygen quickly pushes out of the container. The soapy water traps the oxygen, creating bubbles, and turns into foam.

Related text  How to get him back 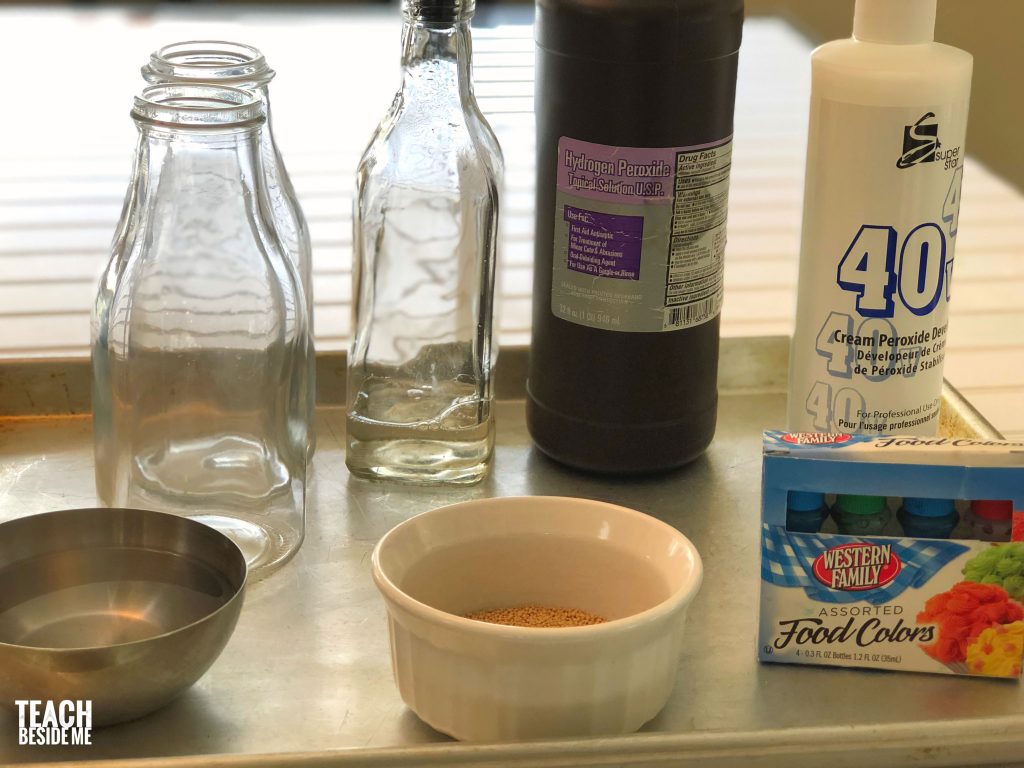 How Does the Elephant Toothpaste Experiment Work?

Each tiny bubble made in this foamy experiment is filled with oxygen. The yeast acted as a catalyst (a helper) to remove the oxygen from the hydrogen peroxide. Since it did this very fast, it created lots and lots of bubbles.

Did you notice the bottle got warm. My kids said this when they touched the foam.  This experiment created a reaction called an Exothermic Reaction.  An Exothermic reaction creates heat!

This experiment is called “Elephant’s Toothpaste” because it looks like toothpaste coming out of a tube, but don’t get the foam in your mouth! It is definitely not edible.