This post may contain affiliate links. This won’t change your price, but may share some commission. Read my full disclosure here.

What a week it’s been!

It probably comes as no surprise, but on any given week where I am relatively quiet with posting, it means I’m juggling a lot of other things on the backend side of things. This week, I’ve been 1) lining up sponsors for a BIG overhaul in the back yard (I am already writing the part 1 of that and you might have seen peeks on social shares); 2) working on a wedding gift for a friend (I’ll post about that after the wedding); and 2) moving this blog to a new provider. The latter of which is something I’ve been meaning to do for a while, but since it increases my site maintenance expenses considerably, I put it off until I had enough time to research who to switch to (so I only wanted to do it once!). Hopefully, it will lead to a major upgrade in speed and performance (it will take a little while to work the kinks out, but that’s the plan!).

Anyyyyyyway… the main point of this post today is to show off something new to the back yard: my new fire pit! 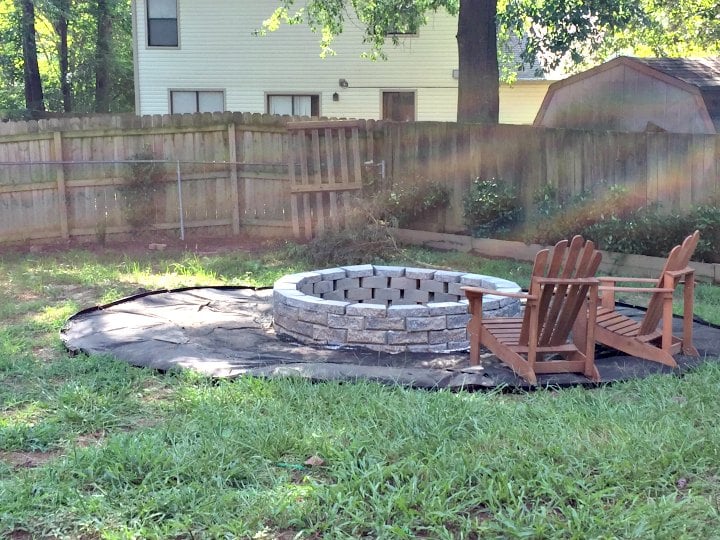 I know, I know… this is the third fire pit I’ve had in the back yard over the years, but unlike my previous ones, this one isn’t going anywhere. It’s all official with stones and landscaping fabric and everything (I still have more to do, thus the “part 1”). The first one I ever did was in a spot almost identical to this, but it eventually got covered over and went unused (it was more or less just a hole dug in the same spot as an old water fountain from when I moved in). If you haven’t seen that post yet (here), it’s a real classic, but it had a later follow up when Dad almost lit my whole yard on fire. Understandably, it wasn’t really a big hit with me after that.

Related text  How to use eyelash curler 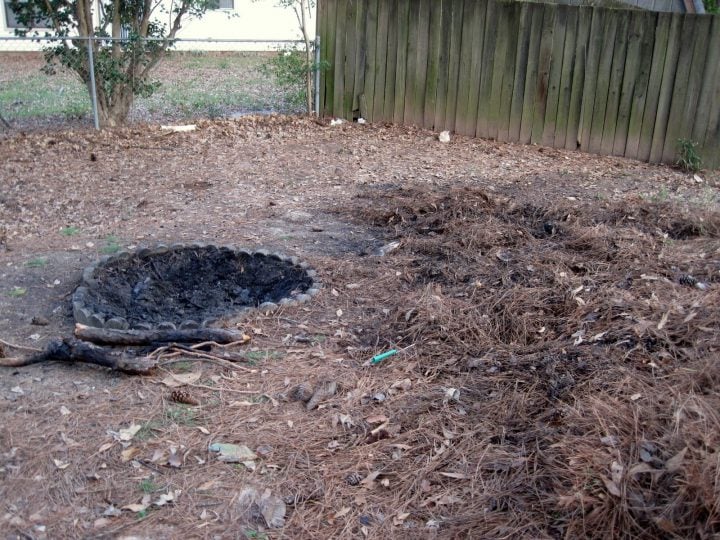 The second was deliberately temporary in another spot in the yard. I’d done a lot of leveling and filling in of the whole yard and found a spot that was still too high (if you don’t remember the sink hole, the backhoe, etc., check out parts 1, 2, and 3 of that series). The purpose of it was meant to help burn out some stumps that still remained after removing several pine trees (the stumps had been ground down, but once I leveled out the yard, thick tree roots and big chunks that had been missed still remained under the dirt and were then unearthed). It was effective and gave me some great topsoil after a while, but I was never convinced it was going to be the final spot. 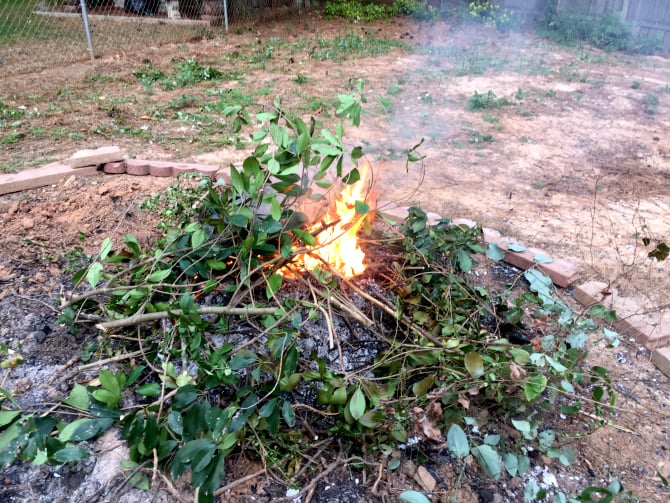 But now, the yard is filling in more, grass started to grow, and I’ve had “outdoor entertainment space” ideas buzzing in my head for years. It’s time to let some of these projects finally come to fruition. And so, I started building out my fire pit.

Some links in this post could be affiliates, which just means I make a few cents here and there from recommending the products I used (products linked either are the exact product or similar

This DIY concrete fire bowl project is super easy to complete, even for beginners and a great tabletop decoration idea. Find out the tutorial video here!

If you’re an apartment dweller and love entertaining outside on your balcony or rooftop, this DIY tabletop fire bowl deserves a try.

It’s a nice alternative if you don’t have space for a backyard firepit, it fire bowl table fits easily on a deck or small patio. Check out the informative tutorial here!