One of the best parts of summer is spending time at the pool, the lake, or the ocean. Swimming and laying in the sun are truly some of the best ways to spend the dog days of summer until you get water stuck in your ear. It only gets worse when the water sticks around and starts to hurt.

Swimmer’s ear (otitis externa) is an infection of the skin of the ear canal that often occurs after swimming. This is because the more time water spends in your ear, the more time the bacteria in the water has to cause problems. No water is completely bacteria-free, though swimming pools have chemicals to lower the risk of waterborne disease. Lakes and ponds that don’t have an outlet are especially dirty, so avoid swimming in them whenever possible.

Bacteria from this water reproduces and ends up causing an infection that is very painful. If you’ve ever had swimmer’s ear, you’ll understand. Keep reading for some quick ways you can try to clear your ear of water before you get an infection.

What needs to be avoided?

If at all these home remedies aren’t working for you, it’s better not to resort. Avoid using earbuds, finger or anything to dig into your ear as this may make the matter worse by

It is a well-said phrase that precaution is a better cure. So we must know some tips to prevent water from getting trapped in the ear.

Tips to prevent water from getting trapped in the ear

As you know the best and easiest methods to get water out of your ear, you can even apply this method which may require only a few extra things to purchase. The wet ear can cause infection and many complications, so it’s important to dry down your ear. When you bath or swim then take care of some following tips:

To keep your ear safe from the water you may need some sort of ear protection. For which you can keep a pair of earplugs while you are going to swim. Just insert those earplugs in your ear and you are good to go. These will keep your ear safe even if you are in water for an extended duration of time. 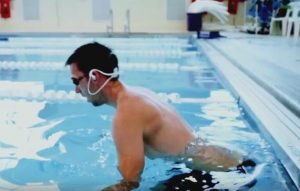 Another option to keep your ear safe from water while you swim or bath is that you may wear swim cap which can be pulled till your ear and protect it against water entering into your ear canal. There are varieties of swimming caps available in the market, which you can choose according to your need. 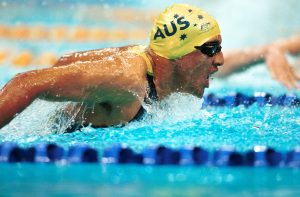 An ear infection occurred in the middle ear can be caused by a bacterial or viral infection. A person may get itching and pain due to this infection. The infection creates pressure in the small space between the eardrum and back of the throat causing perforated eardrum. Common causes of earaches and ear pain include:

Related text  How to remove security tag from clothes

Some earaches can have severe reasons behind them:

Earwax can be formed by the water trapped in the ear so it is necessary to know the tricks to remove the ear wax from the ear.

How to prevent moist ears?

The skin in the human ear is highly stimulating with neural fibers and very sensitive to the touch. Excessive moisture, some dead skin, extra earwax can also make you a hearing patient. Untreated ear infections can lead to unnecessary pain and permanent hearing loss. There are some concepts of ear care, such as:

Thanks for reading !!! Get more info:

Causes and symptoms of water in ear

Anyone can get water trapped in the ear. However, children are more likely to suffer from this condition because of the anatomy of their auditory tube. The tube is smaller in diameter in children, and also more horizontal than the tube of an adult.

Each year, there are more than 2 million cases of water in ear, and more than 90 out of 100 children get fluid in their ear at some point.

All cases of fluid in the ear are caused by auditory tube dysfunction. The cause for the dysfunction is different, but the result is always the same, as the Eustachian tube cannot drain out properly [4].

Here are the common causes of auditory tube dysfunction:

Now that we know the causes, we need to look at the symptoms as well. The moment you notice the symptoms, you need to do something for how to get water out of your ear.

Symptoms range in severity by individuals. Small children are usually symptomless. However, there is also a belief that children just cannot express discomfort in the absence of severe ear pain. That is why most symptoms go unnoticed by parents and caretakers.

Adults, on the other hand, experience either subtle symptoms, or cite constant ear pain and debilitating symptoms.

With that in mind, here are the common symptoms for fluid in the ears:

Related text  How to gameshare

While these are the general symptoms for fluid in the ears, you need to understand that some other ear infections and conditions cause similar symptoms and problems [5].

What is swimmer’s ear?

With all that talk about how to get water out of your ear, we need to look at a condition that can occur if you do not take proper care of your ears.

Swimmer’s ear is a disorder of the skin that covers the outer ear canal leading to the tympanic membrane, or eardrum.

The condition is also known as acute otitis externa, or external otitis. In more than 98% of the cases, the swimmer’s ear is a result of a bacterial infection (streptococcus, staphylococcus, o pseudomonas).

The condition occurs after excessive water exposure. While the ear has defense mechanisms to protect itself, they work when the ear is dry.

Germs and bacteria accumulate in pools and other areas of fresh water. And if you do not get water out of your ear after swimming or spending time in water, the bacteria will accumulate.

While it is easy to treat, it is best that you prevent it.

There are three different types of external otitis, one of which is swimmer’s ear.

The symptoms for the condition include:

While the condition can occur due to swimming in water with bacteria, there are other risk factors that can contribute to swimmer’s ear.

For example, over-cleaning, scratching, scrapping, and prodding the ear canal is considered a risk factor. It is recommended not to use cotton swabs for cleaning.

Having too much earwax is also a risk factor. You need to clean your ears properly, and take care of hygiene. Wearing a swim cap for too long can also increase the risk of water getting trapped inside your ear.

Children are a risk group. We mentioned their anatomy is different and the ear canal is smaller.

The treatment for the condition is straightforward. Once the physician diagnoses the problem, he/she will prescribe you painkillers to relieve discomfort. You will also use ear drops, and a specialist might use microsuction to clean the ear [10]. That will make the ear drops more effective.

In some cases, an ear wick can help. And in some cases, home remedies mentioned previously can help, as long as the infection is not severe. One home treatment that works is mixing equal parts of rubbing alcohol and vinegar and using the solution as ear drops.

The most common cause of a clogged ear is ear wax. An ear wax build-up, or cerumen impaction, simply means that the wax in the ear is filling up the entire ear canal. It blocks sound from getting to the eardrum and will leave your ear feeling muffled and clogged.

Related text  How to make coleslaw

Once you have the ear wax removed by a professional, the clogged feeling will go away. It may be necessary for some people to have their ears professionally cleaned on a regular basis, as some produce more ear wax than others.

A wax build-up is the likely cause of a clogged ear if you are not experiencing any other symptoms besides a hearing loss in the affected ear.

Here are some ways to do it.

Of course, it is always better to avoid a problem rather than have to deal with it. So earplugs are recommended to use for swimmers and people who have anomalous ear structure not letting water out.

Studies have shown that earplugs have small but statistically significant effect of reducing the number of cases of otorrhea among children who swim of bathe using them. Logically that applies to adults as well. Drying ears after a bath or a swim will help a lot in avoiding water getting in there.

Generally, though the feeling of water in one’s ear(s) is far from pleasant, it is easy to both take necessary precautions and get rid of the water in case it has managed to push its way in. The only thing is to not let it be, as the longer the problem stays unsolved, the worse it becomes.Sources: