Are you searching for instant ways to get more followers on Tumblr? Do you have a Tumblr blog and struggling to get more Tumblr followers? If yes, this detailed guide (over 2,000 words) is just for you.

Tumblr tips to get more followers instantly. Recently people started asking me this question, and I’ve spent good amount of time on writing this detailed posts just for you.

I have compiled the best tips on increasing your Tumblr followers without sweating much. So read it thoroughly and make sure to follow some of the tips to get more traffic and followers on Tumblr.

Tumblr is a microblogging platform (just like Twitter) and founded by David Karp, Tumblr is owned by Yahoo! Inc. Tumblr allows you to post multimedia (video, audio, infographics etc) to a short-form blog.

In simple words, Tumblr is an image blogging site where people post interesting or selfie images to get more followers, likes or comments.

With over 50 million visitors going to Tumblr each and every single month, you would be silly not to leverage Tumblr traffic. But the question is, how do you get more traffic from Tumblr?

There’s a simple way to get more Tumblr traffic and that is to get more followers on Tumblr. Sounds simple, right? No, it’s not. Getting more Tumblr followers quickly is not an easy task especially if you are new to Tumblr.

Here are few things you should know before getting into the details.

So now that you know a few things, now let’s jump into the details on getting more Tumblr followers without much ado.

How to get more followers on Tumblr even if you are a newbie? 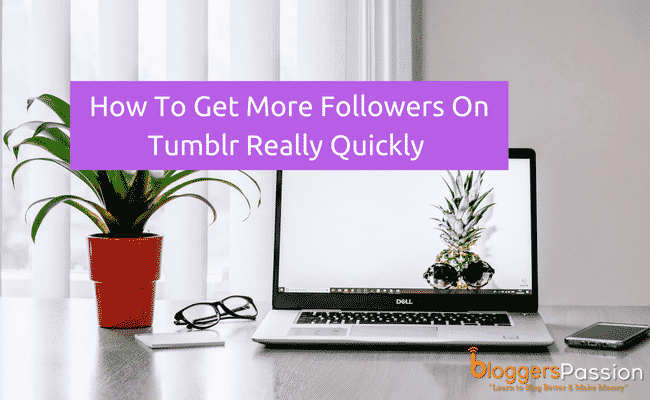 Most people say “it’s all about the quality, not quantity” in getting more followers be it in on Tumblr, Twitter, Facebook or any other social networking platform.

But you need to get more followers at least on one network to boost your online reach, without having more social followers, you can’t make your posts go viral or create a thriving network online. So here are few tips to get more Tumblr followers.

This is the first and foremost thing to keep in your mind if you want to increase your followers on Tumblr. Follow more people.

Here’s a best strategy to grow your followers on Tumblr.

Always remember one thing that no one follows you unless you are popular or pretty. So it’s your responsibility to get more online visibility on Tumblr by following as many people as you can to grow your Tumblr follower count. 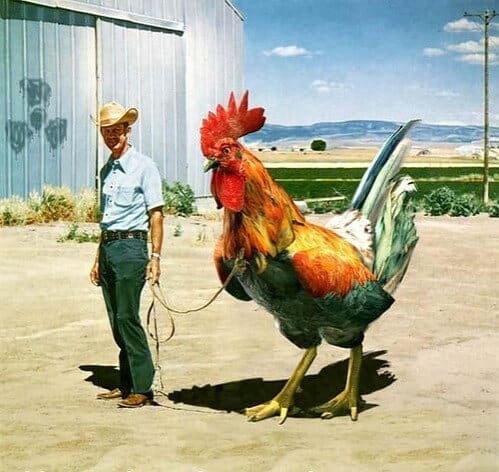 Tumblr is an image based website that is mainly used by its users to post their pictures and GIF files. So if you want to get more followers on Tumblr without sweating much, post interesting, funny, wicked pictures that immediately caught others attention.

Related text  How to slim your face

Make sure to think in creative ways to make your own pictures. After all, originality and creativity makes a lot of difference in getting more Tumblr followers quickly. Also remember to reblog images or GIF files whenever you browse through interesting stuff on other Tumblr blogs. You need to create a one stop website for everyone to browse your Tumblr site images and information.

Did you know that, posting your Tumblr posts at right times gives you more shares, likes, comments and also help you get more Tumblr followers?

Yes, it’s true that, TIMING is the key to get most out of Tumblr. According to Union Metrics, the best times to post on Tumblr is between 5 pm to 1 am where most of the Tumblr users are active (EST time standard).

Whenever you are posting something new and interesting stuff on your Tumblr blogs, make sure to post it at perfect times to reach more audience.

Are you ready to get some more followers on Tumblr? Then start promoting your Tumblr posts.

Promotion is the key to get more Tumblr followers, without promoting and getting more online reach, you are not going anywhere. Most new Tumblr users don’t focus much on promoting their Tumblr posts, they simply post some pictures and forget. If you want more followers, then do these following things.

How to get more Tumblr followers without being fishy? Increase your Tumblr engagement. The more you engage with the people who share, comment and reblog on your Tumblr posts, the more viral your posts go viral and you will quickly get more followers on Tumblr every day.

If there is one thing that leads to increasing your Tumblr followers it is this: analyze who follows you on Tumblr.

Ask yourself this question. When is someone following me on Tumblr?

When? When do you get more followers on Tumblr? By analyzing this simple practice, you are helping yourself to get instant followers on Tumblr. By knowing when someone follows you, you can spend more time on particular tasks to grow your Tumblr followers. It’s as simple as that.

In a nutshell: Getting more followers on Tumblr is not a rocket science, but it’s some kind of art that you need to be good at. All you need to do is to analyze who follows you and you also need to practice few skills like following others, commenting and posting interesting pictures and GIF files to grow your Tumblr followers.

“Follow for follow” is one of the easiest ways to increase your Tumblr followers, but don’t be just fishy and never follow anonymous people on Tumblr just for the sake of increasing your followers count. It won’t give you any good results in the long run, follow people who have the same interests.

Spread your name out there by reblogging, whenever you like something witty, reblog it or comment on it. Don’t just waste your time by solely focusing on your stuff, go out there and reach other blogs to increase your online reach on Tumblr.

If you are new to Tumblr and thinking to increase your Tumblr followers, by following any of the above few tips will work. If you still have any questions, please discuss them in the comments and I’d be glad to reply.

Over to you: Do you have any more Tumblr tips to get more followers? Please share them in the comments below.

Be unique and be uber niche

From my experience the average tumblr consists of about 70% of the following (in no particular order):

This may be more of a reflection of the tumblr demographic, but your not going to get followers by reblogging the same old guff as everyone else. People have seen it all before and will see no reason to follow you.

You’ve got to be different and post content people will reblog because they think it’s cool enough to put on their own blog. Some of my favourite tumblrs are:

I think these tumblrs bring out the inner photographer and historian in me – it’s like stepping back in time as you scroll through the tumblr feeds of Life magazine and Bygone America. I especially like the retro design aspect showcased on Suburban Soul – as an 80s kid it opens a whole new world of fonts and compositions that I’ve simply not seen before.

Related text  How to move icons on iphone

My best advice for Twitter is to join Twitter Chats. These weekly travel chats are run by hosts who pose several questions with a related hashtag for interested Tweeters to reply to. I’d suggest using Tweetdeck to help manage the chats. Comment on other people’s / blogger’s tweets and follow them if you so wish. Many will follow back. This is one strategy I used to meet other bloggers while increasing my Twitter following.

I really believe that the growth of Two Scots Abroad is down to my contribution to these groups.

Think outside of your niche too; is there a blogging group for your nearest city or country? For travel bloggers, can you answer questions on local tourist boards or national flight company Facebook pages? Etc.

I quickly realised that there is very little point in publishing poor quality photos on any social media platform, especially Instagram. I saw a significant increase in Instagram engagement when I began editing photos (using Lightroom) and only sharing my best images. I plan my grid on Planoly. The app lets me upload images and move them around until I get the perfect composition. If I have an image that is ‘off’ my normal tone (or the majority tone of the images I’ve been posting) I post in threes. For example, if I have a sunset image, I try to organise my grid so there are three sunset pictures side by side with the past showing a hint of the future image colour.

Act now! How to drive traffic to your blog with Pinterest

Keep up to date with the best sizes for photos on each platform, for example