Wondering how long to boil corn on the cob? We’ve got you covered with this classic boiled corn on the cob recipe. Serve hot with lots of butter and salt. 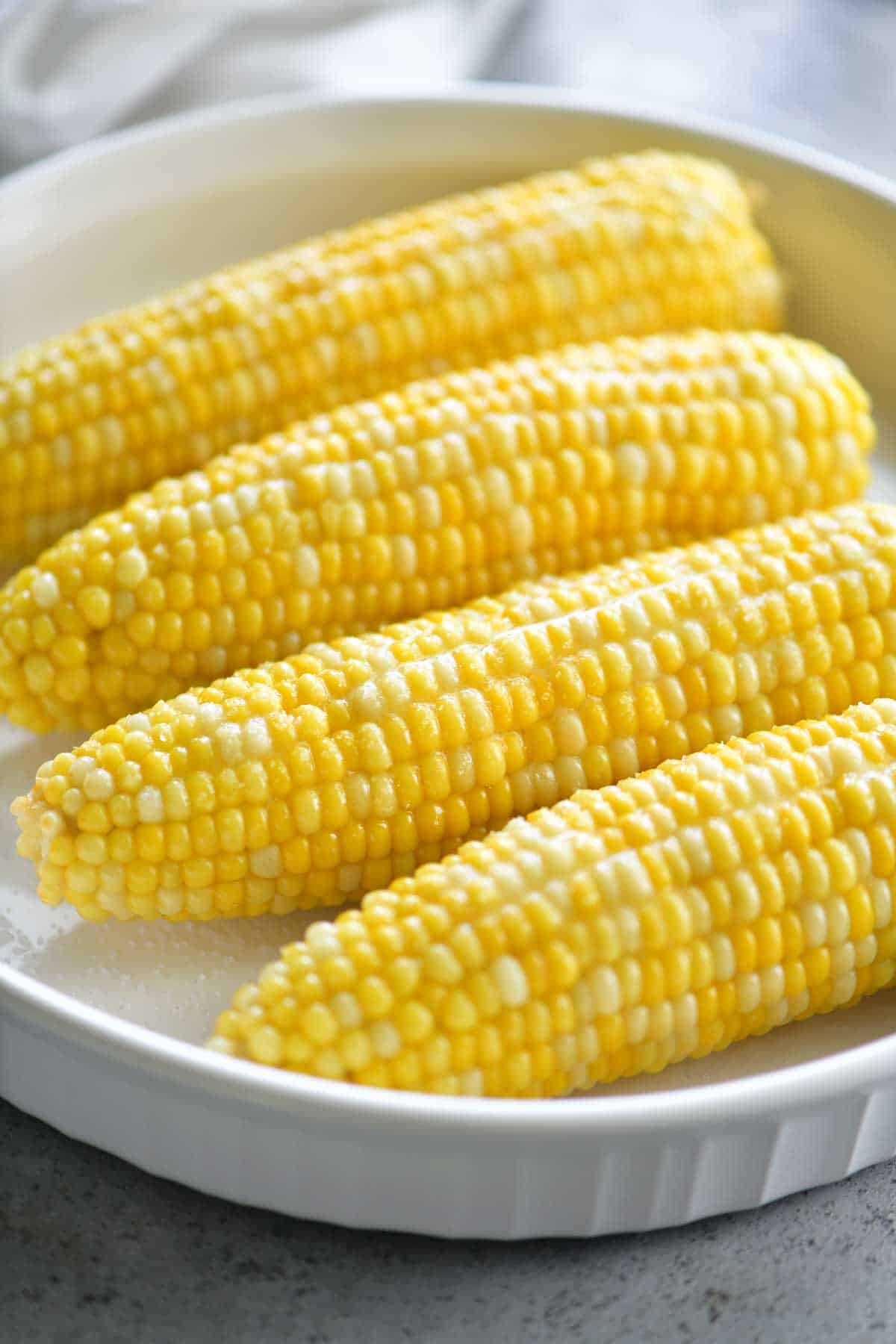 It’s not the easiest way to make sweet corn but I like the flavor and texture. Maybe it’s because that is how my mom always made it so it is what is most familiar to me.

I can’t even remember how many times I’ve called my mom over the years to ask her low long to boil corn on the cob. Finally, I’ve got it here in a blog post so I won’t have to keep asking her!

Disclaimer: This post contains links to products for making this recipe. If you use those links, I may earn a commission. Learn more here.

How To Choose The Best Corn On The Cob 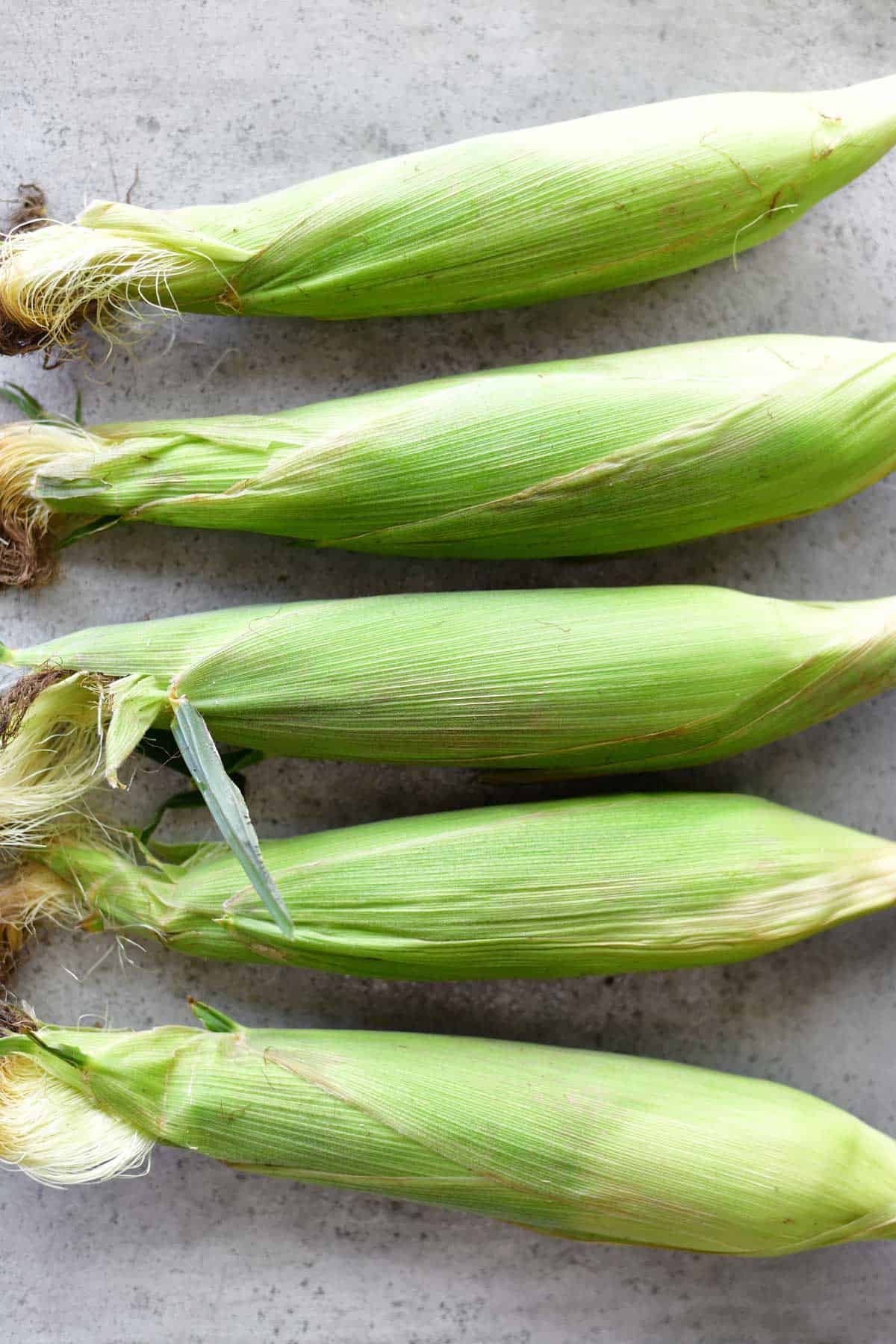 2. Go for the corn with bright green husks that are tightly wrapped around the cob.

3. Choose the ones with stems that are still moist.

4. The corn tassels should be silky, sticky and moist.

5. Check for wormholes, worms, and bugs.

6. If possible, peel back the tops of the husks to check the tip of the corn cob.

How Long To Boil Corn On The Cob

The one thing I forget and have to figure out each corn season is how long to boil corn on the cob.

The most important thing is that you don’t overcook it because then it gets mushy.

The fresher the corn on the cob, the less time it takes to cook.

Once you return the water to a boil, it takes about 5-7 minutes for the corn on the cob to get hot and tender. 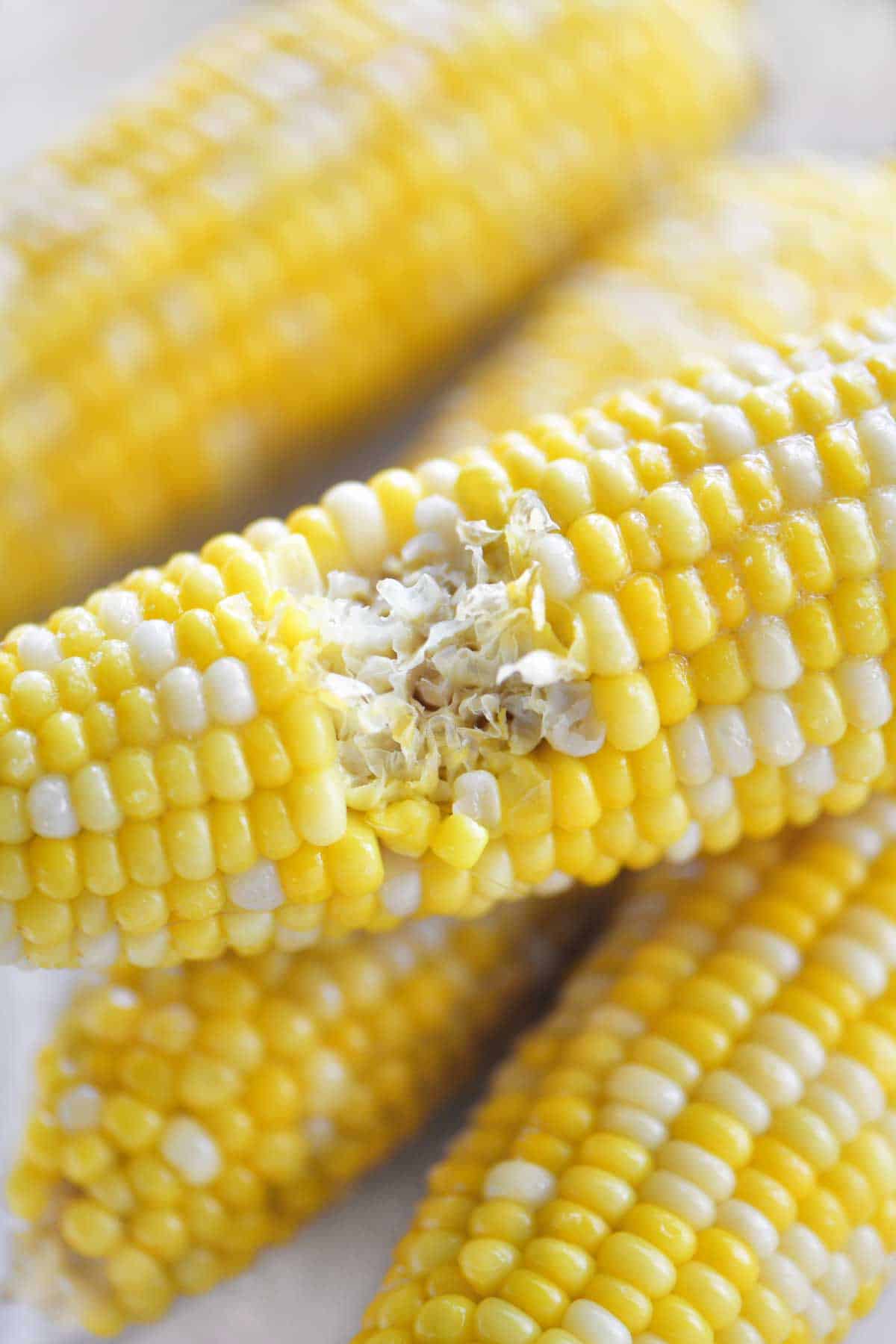 Boiled Corn On The Cob FAQs

2. How do you know when boiled corn on the cob is done? When the corn on the cob is fully cooked the yellow color of the corn is more intense. The kernels are plumper and more tender. You can test it by pricking a kernel with the tip of a sharp knife. But most importantly, the corn needs to be hot. You can use tongs to grab an ear of corn out of the water to check if it is hot.

4. How can I keep corn on the cob warm after cooking? When making multiple batches of corn on the cob, place the hot, cooked corn on the cob in a large roasting pan and cover with foil. Place the pan in the oven that has been preheated to 180˚F.

How To Use Leftover Boiled Corn On The Cob

You figured out how long to boil corn on the cob but then made too much? Don’t worry we’ve got some recipes for that leftover sweet corn. Cut the cooked corn off the cob and use it in one of these recipes:

Corn Salad: This Corn Salad recipe is a creamy combination of fresh sweet corn, colorful peppers, and ripe tomatoes! It is the perfect summer salad for potlucks, picnics, and barbecues. 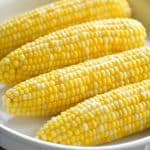 Calories 113 Calories from Fat 45 Total Carbohydrates 16g 5% * Percent Daily Values are based on a 2000 calorie diet.

Frozen corn beats canned corn any day of the week. And it’s a perfect substitute to fresh corn cobs. Why? For one thing, it’s cheaper. A big bag of frozen corn can last for several weeks in the freezer and when prepared correctly, tastes just as fresh as straight off the cob. And it actually takes less time to prepare than fresh. It’s nutritious too! There are actually fewer calories in frozen corn than in fresh or canned. 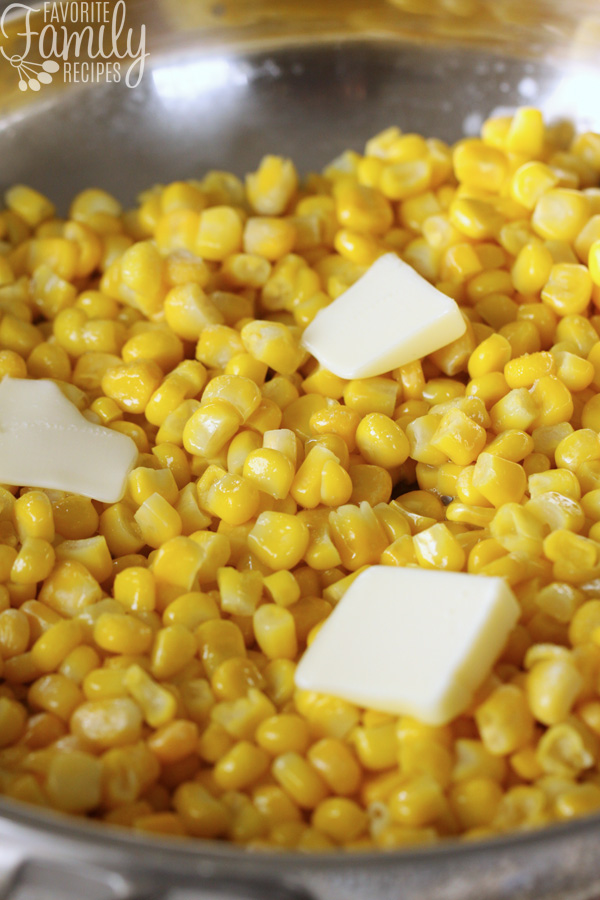 Related text  How to shred cabbage

Wanting to find more incredible corn side dishes? Look no further! We have a rich and creamy Slow Cooker Creamed Corn Side Dish, Grilled Mexican Street Corn, Grilled Cilantro Lime Corn on the Cob, Sweet Corn Tamalitos (Mexican Corn Cakes), or try some Fresh Corn Salsa as an appetizer, topping, or side dish! 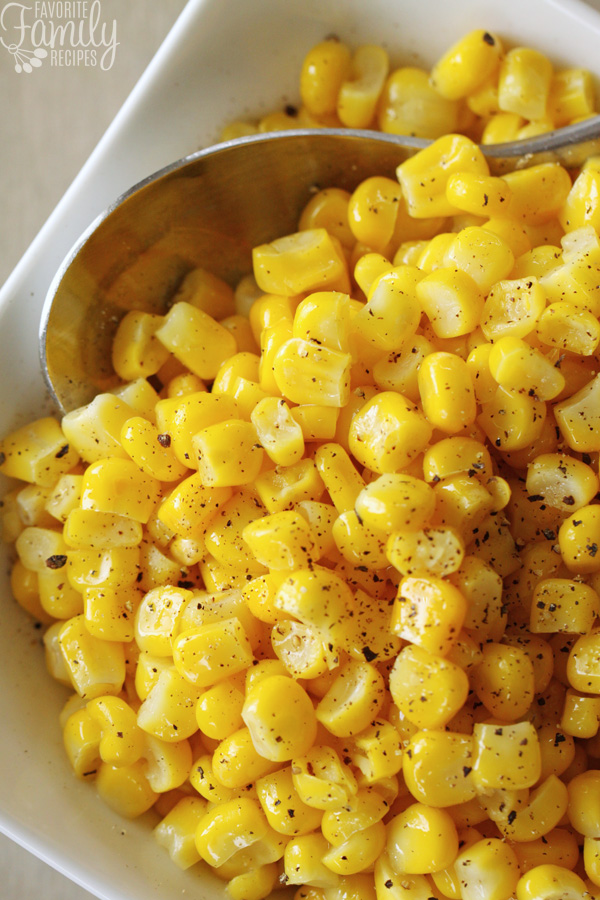