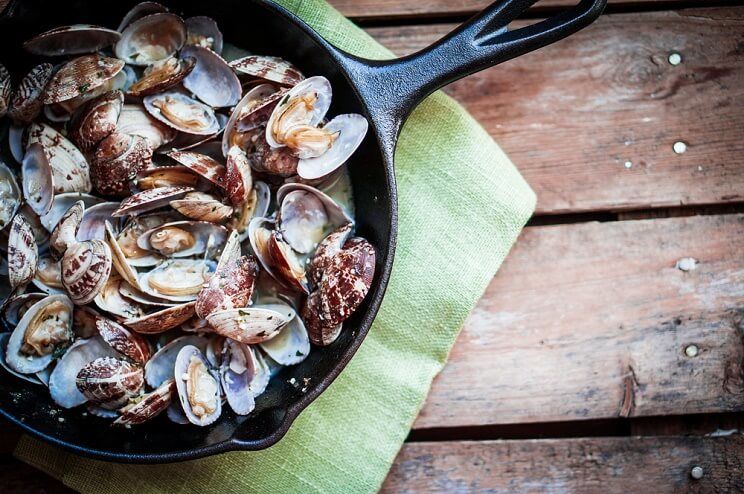 Speaking of re-seasoning, your cast iron skillet will be able to build up a truly good seasoning (i.e., the non-stick layer the owner supplies the pan by using oil) because of the amount of times you’ll be re-seasoning.

Lastly, your skillet will build up some good flavors, since you won’t be using harsh cleaning products on it. 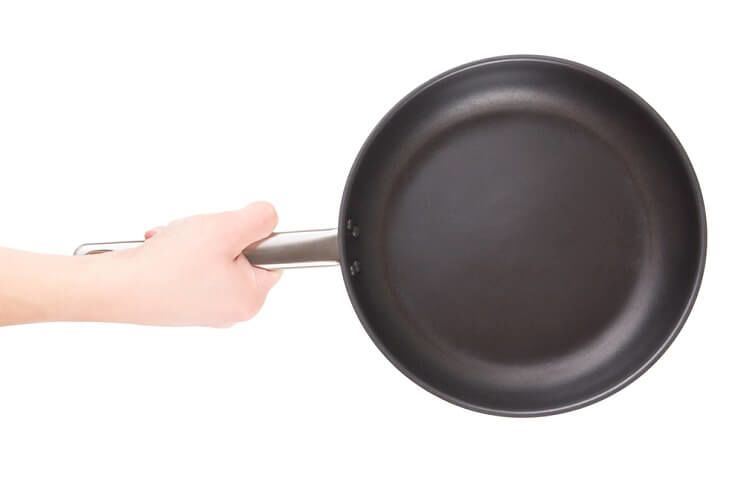 Do NOT use steel wool or soap. Not only will you ruin your past seasoning efforts, the cast iron itself could be compromised by using such harsh materials.

Also, never EVER put your skillet in the dishwasher. That is the quickest way to destroy this coveted kitchen tool. By the way, once your skillet is seasoned properly, it’s really easy to clean. 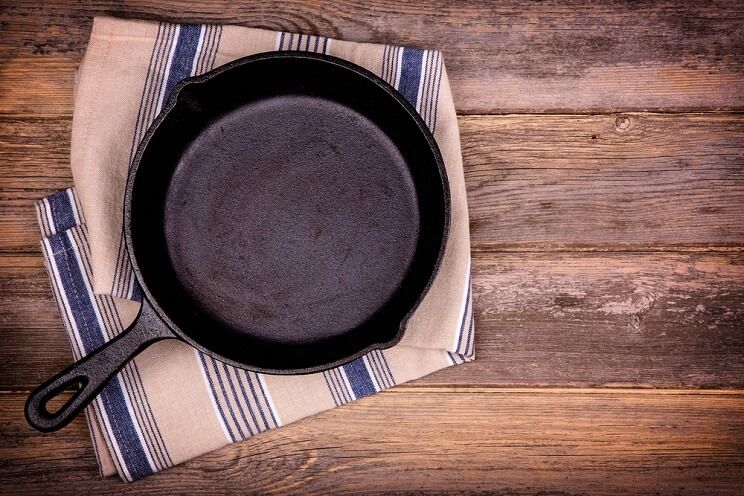 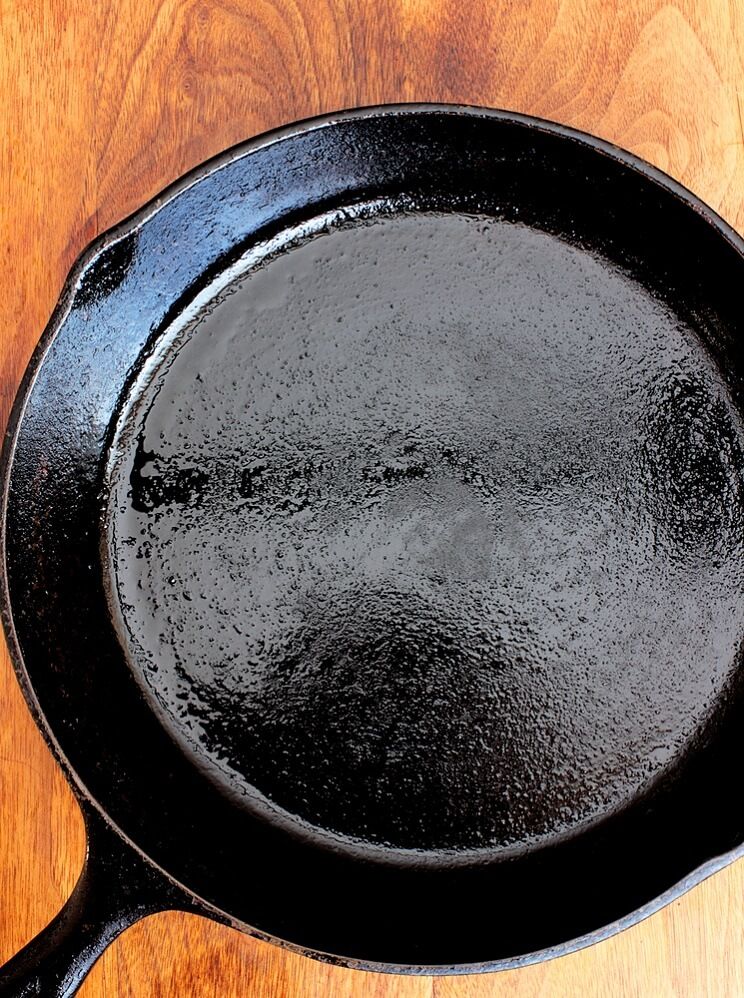 To put it simply, “seasoning” a cast iron skillet involves that glossy layer on the skillet that gives it non-stick properties. The owner creates and maintains their skillet’s seasoning. It takes time, devotion, and a little love to keep a strong seasoning on your cast iron skillet, and the first usage sets the tone.

Clean the skillet with a sponge or stiff brush and salt. Apply a light layer of melted shortening or olive to the skillet. Using the cloth or paper towels, apply the shortening across the skillet. Buff to remove the excess. 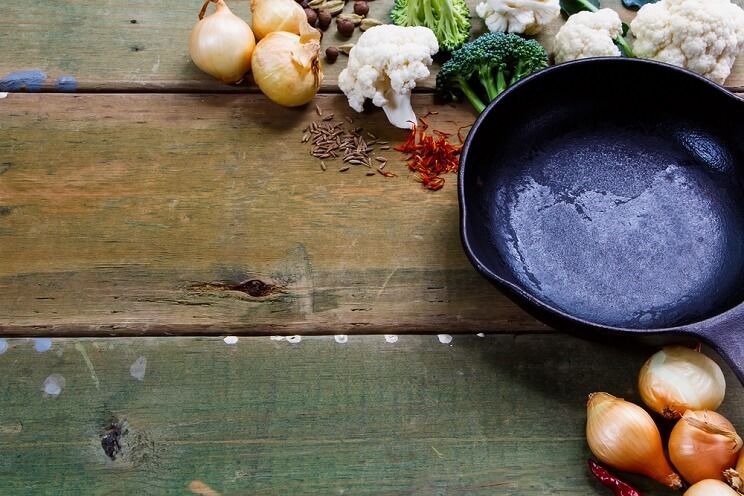 After you’re done running your cleaning routine, let your skillet dry completely. Quickly take a dry rag and wipe the skillet down with the same oil or shortening you originally used to season it while it’s still on the burner. Cover every area of the pan. Note: your pan will be hot, so be careful!

As the pan cools, the oil or shortening will soak back into the pores of the pan, which will help to build your seasoning. Every now and then, you can pop it in the oven to really bake the oil in these pores. 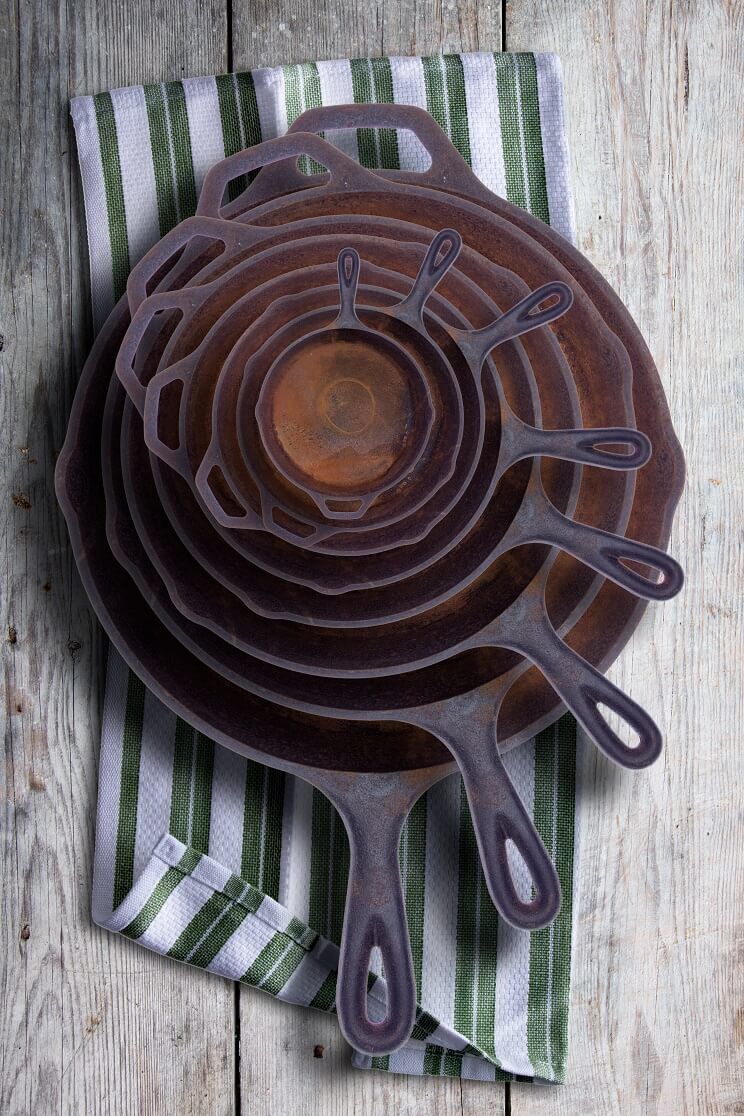 First, give it a good wash with your stiff brush and warm water. Then towel dry. After the cleaning is done, go ahead and season it. You want the oil or shortening to really seep into your pan’s pores because your skillet needs some tough love right now.

If all else fails, a machine shop might be able to help you by pressure-blasting it. However, the moral is: Don’t neglect your pan. Keep it seasoned, and use it often.

The Salt and Potato Method: Another way to get rid of that tricky rust is by using the salt and potato method. All you need is two tablespoons of salt and a potato. Cut the potato in half, and pour the salt in your skillet. Using the potato as a sponge, scrub the salt against your skillet in a circular motion.

The moisture of the potato does all of the work. It may take a little time, but be patient. You’ll see the rust literally leaving the pan as you’re scrubbing. This method also works when removing stuck-on food. 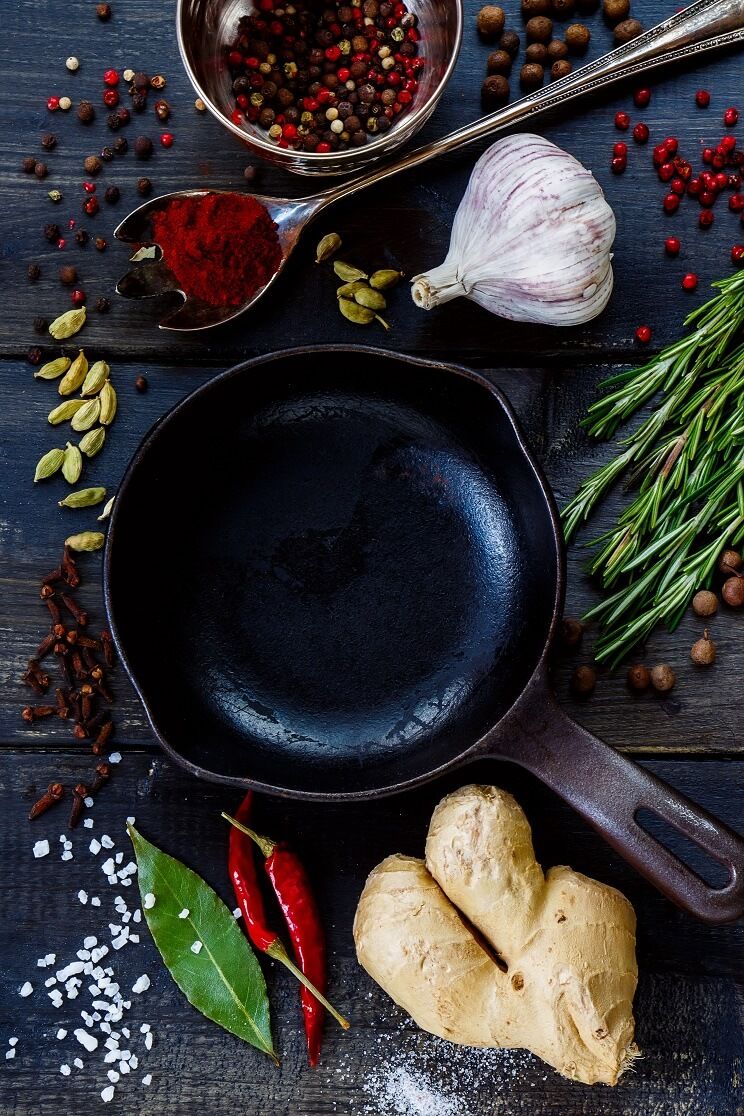 If rubbing a little oil on it doesn’t seem to do anything, re-season it. It should get it back to its old self in no time.

Related text  How to be successful 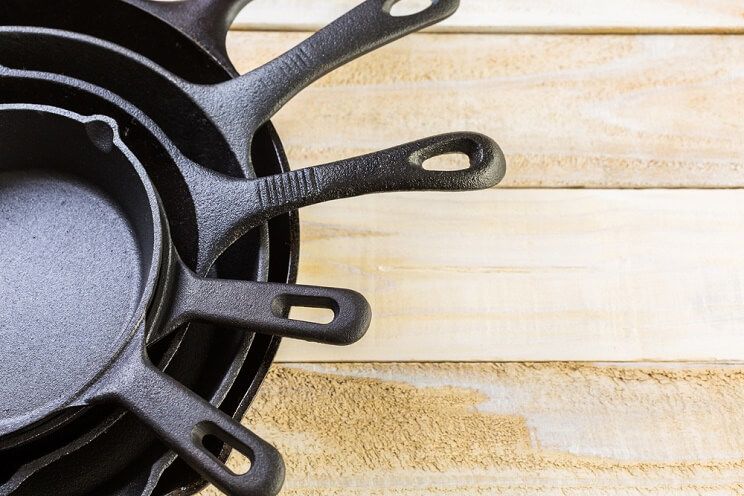 If you have multiple skillets or pans, make sure you put a paper towel between each one if you plan on stacking them. That will protect them from getting damaged.

Also make sure you remove any lids when storing. You want your skillet to get ventilation while it’s being stored, and a lid will completely prevent that. 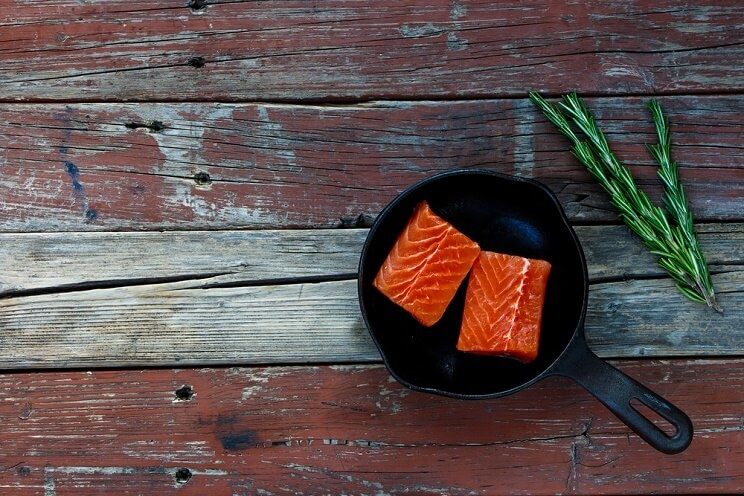 Think about it. Do you want all of your food to taste overly fishy if you just made a salmon dish tonight? I don’t think so. 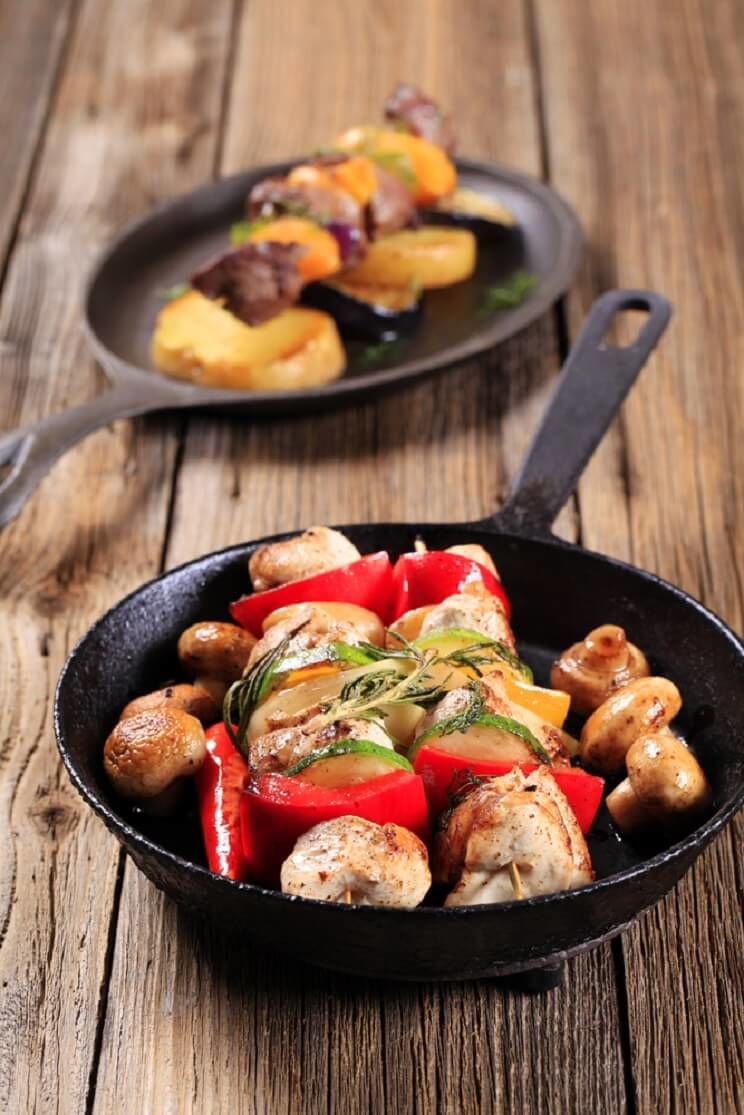 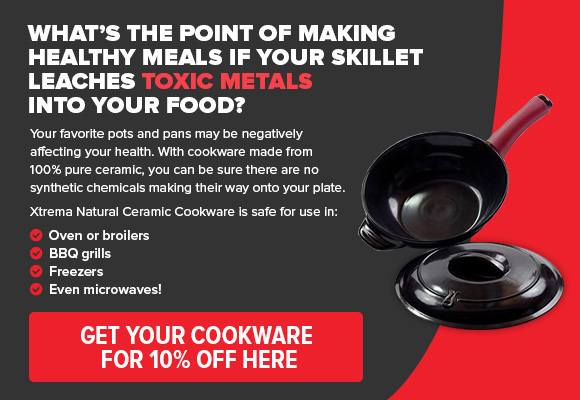